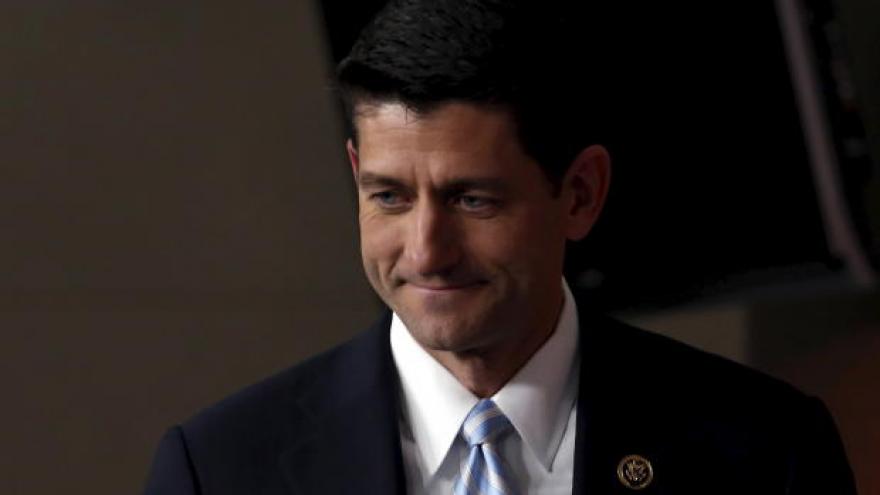 9:30 p.m.
House Speaker Paul Ryan says Foxconn Technology Group's plan to construct a factory in his southeastern Wisconsin congressional district that could employ thousands is a "game changer" and an "exceptional deal."

Ryan was asked at a town hall Monday night broadcast nationwide on CNN whether the deal was worth it given that Wisconsin is poised to give the Taiwanese company $3 billion in taxpayer incentives to build the plant.

Ryan helped negotiate the deal to bring Foxconn to the state to construct LCD display screens for televisions and other uses. Wisconsin won out over several other states.

Ryan says the factory will be transformational for the state because "it brings an entire sector to Wisconsin." And he says the tax incentives are all contingent on Foxconn meeting investment and hiring targets.
------
8:50 p.m.
U.S. House Speaker Paul Ryan says he will not support a resolution to censure President Donald Trump over his comments following the white supremacist march in Virginia.

Ryan was asked at a town hall Monday night in his Wisconsin congressional district whether he would back the resolution. The question came from Rabbi Dena Feingold, the sister of former Democratic Sen. Russ Feingold of Wisconsin, who grew up in the same city as Ryan.
Ryan says censuring Trump would be "so counterproductive" and "descend this issue into some partisan hackfest."

Ryan says Trump "messed up" when he said that there were "fine people" on both sides of the Virginia march, but believes Trump has clarified his remarks.

Ryan says, "You're not a good person if you're there, it's so very clear."
------
8:40 p.m.
U.S. House Speaker Paul Ryan says he is pleased with President Donald Trump's strategy for Afghanistan that he outlined in an address to the nation.

Ryan spoke about the president's comments Monday night at the outset of a town hall meeting in his Wisconsin congressional district.

Ryan says previous strategies in Afghanistan were "convoluted" and what Trump outlined was a "more comprehensive strategy."

Ryan says he's pleased that Trump is moving away from having a timetable for withdrawing from Afghanistan and wants to prevent creating a safe haven for terrorists. Ryan says "we can't afford to allow that to happen again."

Ryan's town hall is being broadcast nationwide from Racine, Wisconsin, on CNN.
------

Ryan had scheduled the event from his congressional district to be broadcast on CNN before Trump announced his speech to start at the same time. Ryan now will begin his event after the president talks.

CNN extended invitations to people from Ryan's district and selected which questions will be asked. That has led to criticism from Democrats who say Ryan has been hiding from Wisconsin voters since he hasn't held a town hall open to everyone since October 2015.

The event is in Racine, near where global electronics giant Foxconn Technology Group has said it plans to build a factory that could employ thousands.