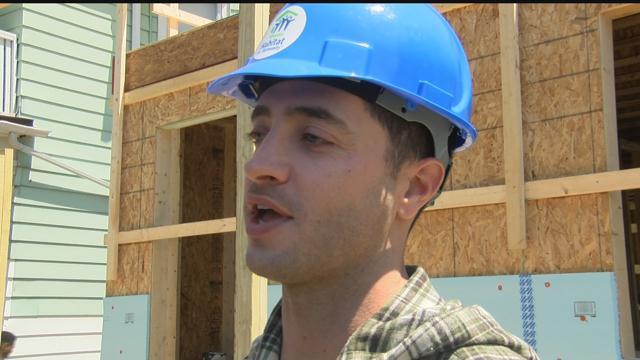 The build season is now underway for Habitat for Humanity.

By the end of the week two new homes will be built in the Washington Park Neighborhood.

Habitat for Humanity says by the end of this build season 22 families will have new homes thanks to the volunteers hard work.

"It's kind of like a habitat opening day minus the tailgating. a lot of excitement, a lot of energy, a lot of optimism for the construction season to come,” Braun said. "The guys who have been here realize that it's really a special experience and they really are having an impact on the lives of the families who are moving into the houses so hopefully we'll get quite a few guys out here as well as the other projects that are going on over the next couple of weeks."

Sixty families will also receive much-need repairs on their homes by the end of this build season.