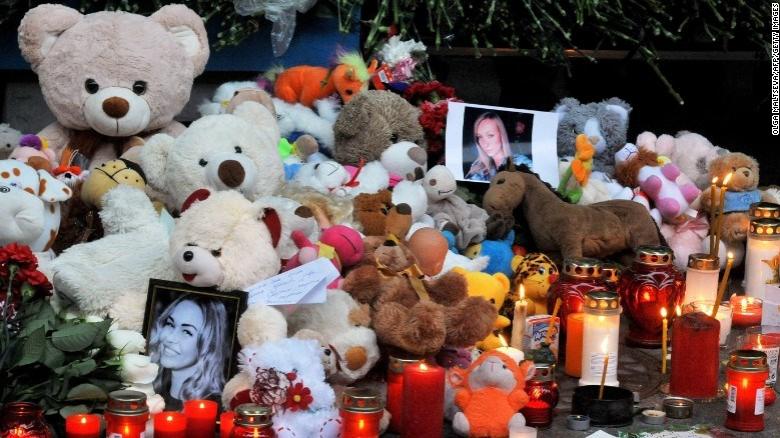 Valery Nemov is going home Friday. This time to be buried.

Nemov was the captain of Metrojet Flight 9268, which crashed in Egypt's Sinai on Saturday.

He had 12,000 hours of flying experience, meaning that nearly a year and a half of his life had been spent flying a plane. That came to an end when the flight of which he was captain -- flying a route from the Egyptian resort of Sharm el-Sheikh to St. Petersburg, Russia -- fell from the sky, killing all 224 people aboard.

Funerals for the passengers, the majority of whom were Russians on vacation, began Thursday and will continue Friday. And according to the RIA Novosti news agency, Nemov is headed for his, in the Volgograd region, 600 miles south-southeast of Moscow.

His mother is reported to be in a hospital, receiving psychological care.

Meanwhile, there is confusion over whether flights from Sharm el-Sheikh to the United Kingdom will resume Friday amid speculation on what brought down a Russian airliner last week. Officials in the United States and the United Kingdom have speculated that the plane was brought down by a bomb -- a suggestion resisted by Egyptian authorities, who may be worried about the tourism industry.

The flights from Sharm el-Sheikh airport, where Metrojet Flight 9268 originated, were to resume with new security measures as U.S. and British officials say a bomb smuggled on board the plane likely caused Saturday's crash in Egypt's Sinai Peninsula.

Russian and Egyptian authorities say forensic evidence from the scene will reveal what happened to the doomed jet.But when flights from the airport resume, passengers will only be allowed to carry hand baggage onto the plane, with other luggage transported separately, the British prime minister's office said in a statement. It didn't explain how passengers would be reunited with their luggage."Outbound flights from the UK to Sharm el-Sheikh remain suspended and the Foreign Office continues to advise against all but essential travel by air to or from Sharm el-Sheikh airport, but we are continuing to work with the Egyptians to get back to normal service as soon as possible," the statement said.

British and Irish officials had announced Wednesday that flights from Sharm el-Sheikh to their countries would be suspended because of concerns about security.

And the Dutch airliner KLM said it would allow passengers flying out of Cairo, the Egyptian capital, to fly with hand luggage only.