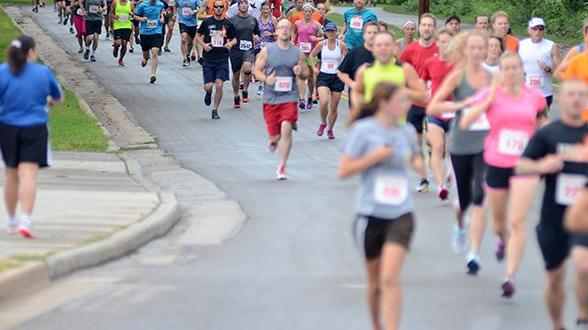 Vetro Winery of Jefferson WI is hosting its  2nd Annual Run for the Grapes 5K and post race bash!

Vetro Winery is a huge supporter of Special Olympics.

It accepts donations to Special Olympics instead of charging our customers for wine samples.

They do this in honor of Branyan Hisel, 12,  a Special Olympian who was born with Down Syndrome.

He is also the nephew of Events Coordinator Tammi Vetrano.

"What some people may not know, is the grounds where our family winery is located, the former St Coletta's school is where Special Olympics started," explained Vetrano. "In fact, this is where Rosemary Kennedy stayed after the lobotomy. She arrived here in 1949. Eunice Kennedy -Shiver, the creator of Special Olympics, sister of Rosemary roamed the St Coletta grounds and found many talented athletes here, being an athlete herself. Eunice held the 1st Special Olympics games July 20th 1968."

The 5K is a chance to educate others on the history of Special Olympics and what it has done not only for the Vetrano family, but just like the Kennedy's vision of diversity of special needs people.

"We would like to get our event out in the public eye," Vetrano told CBS 58 News. "We want to help raise funds for this great organization, that has changed so many lives around the world. Last year, it was a big success of 182 runners."