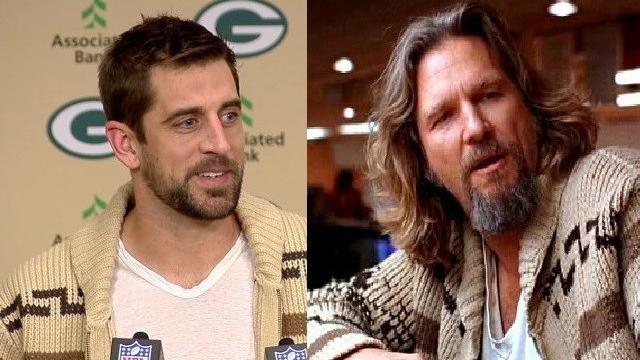 The Packers win Thursday night had people talking this morning, but that's not all they're talking about.

Rodgers wore a sweater very similar if not the same as "The Dude" from the movie "The Big Lebowski".

Rodgers didn't mention his wardrobe in the conference, but when asked about his sweater in a text message he simply replied, "The Dude Abides."

The company describes it as, "This style debuted in 1972, but when The Dude wore an original in the film "The Big Lebowski fans clamored for a comeback. Now it's back by popular demand, down to every last color and detail."

The sweater costs $239 and can be bought here. Pendleton also has a store in Milwaukee's Third Ward.