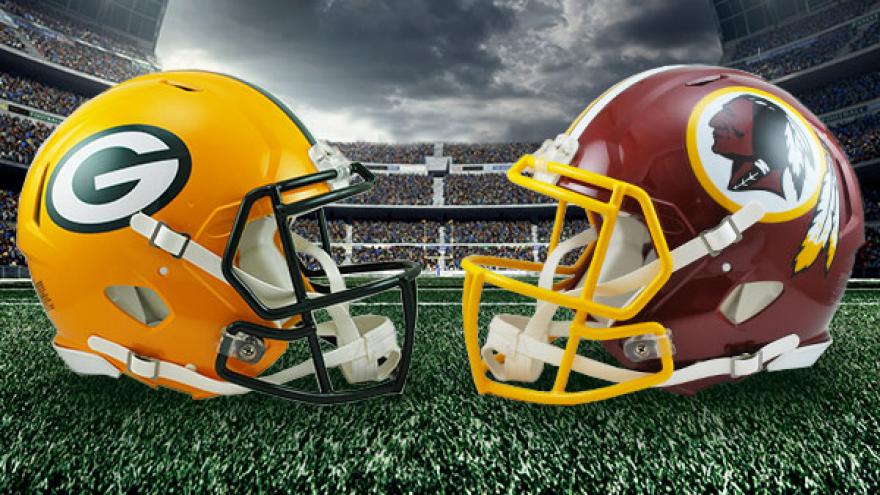 (AP) — Aaron Rodgers made a surprise start and looked to be in midseason form, going 6 for 8 for 37 yards and a TD pass — plus one of his trademark quick snaps to draw a penalty — on his lone drive for Green Bay, while Kirk Cousins and the rest of Washington's first-team offense sputtered in the Packers' 21-17 exhibition victory Saturday night.

The Redskins did not manage to collect a single first down until the final play of the opening quarter, during their fourth possession of the evening. Their initial three resulted in an embarrassing total of 13 yards. Cousins was 2 for 6 for 9 yards in that span, while running back Rob Kelley gained 4 yards on three carries behind a starting offensive line that provided little push.

Washington's fourth possession stalled when Kelley was stopped for no gain on fourth-and-1 at Green Bay's 27. After the fifth, Cousins had steered Washington to only three first downs — one via a defensive penalty — while completing 8 of 15 passes for 67 yards against a Packers secondary missing two of its top three cornerbacks. Cousins, who will earn about $24 million this season under a franchise tag, and his first-teamers stayed in for the entire first half and finally got going on drive No. 6, against defensive reserves.

Cousins completed a 43-yard pass to tight end Vernon Davis and a fourth-and-goal 4-yard touchdown toss to Jamison Crowder with 13 seconds left in the half to make things look a little better than they actually were for coach Jay Gruden's offense. Gruden has returned to calling plays this season after offensive coordinator Sean McVay left to coach the St. Louis Rams.

Playing on his 29th birthday, Cousins ended up 14 for 23 for 144 yards and the score. Kelley ran nine times for 9 yards.

The expectation was that Rodgers would sit out the second preseason game, just as he did a year ago. But he led the Packers 75 yards on 15 plays, capped by a 3-yard TD toss to new tight end Martellus Bennett with 5½ minutes left in the first quarter, beating linebacker Zach Brown.

Rodgers also completed passes to Jordy Nelson, Randall Cobb and Davante Adams on the drive. On the third play, Rodgers hiked the ball as Redskins defensive lineman Stacy McGee was still trotting to the sideline, catching the hosts with 12 men on the field. The game officials didn't catch it, but Packers coach Mike McCarthy challenged, and a penalty was called after a replay review.

"I thought Aaron was excellent," McCarthy said. "I thought the whole drive ... (was) exactly what you're looking for. A good run-pass mix."