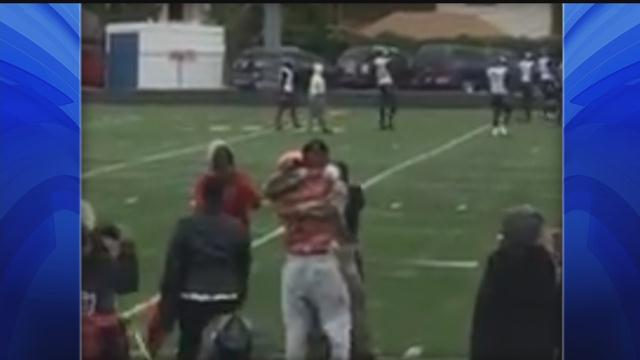 It was a scene captured on cell phone video at Riverside High School's homecoming game; a soldier surprises his son.

Their embrace resulted in thunderous applause at the game and some tears by countless folks who have now watched the video over and over on social media.

Friday on the CBS 58 New at 4 p.m. senior Lavell Scales was a special live guest along with his mother Kim Greer who helped organize the surprise.

"I wanted to buy him a vehicle for his birthday," Greer explained. "But when I couldn't do that, I thought having his father surprise him would still make it special."

Sgt. First Class Markell Scales says while he was surprised by the interest in the video, he feels thankful that he can still visit with his family.

He knows full well that there are many military families who are not as fortunate.

"I do feel like my family has sacrificed but it's important to serve our country."