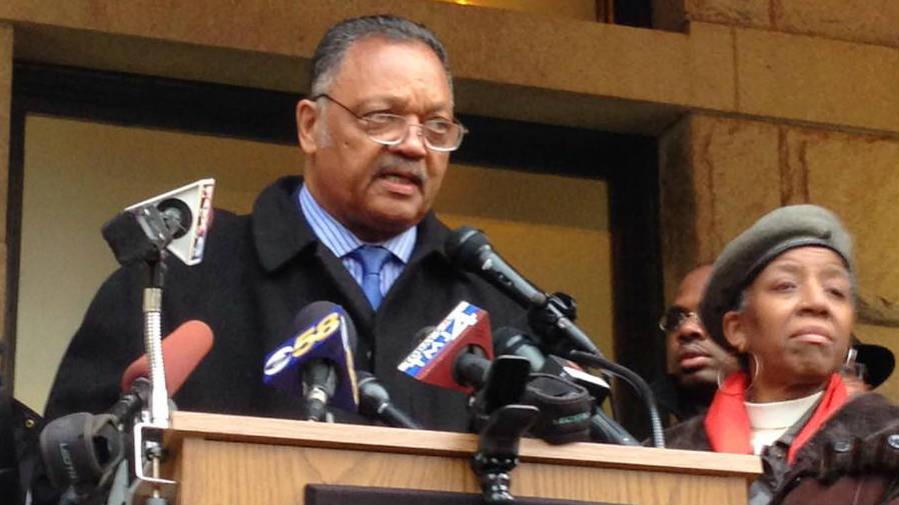 Civil rights activist Reverend Jesse Jackson Sr. is in Milwaukee to show his support for the family of Dontre Hamilton. Jackson spoke outside the federal courthouse in downtown Milwaukee to protesters asking for justice. Jackson's speech came hours after meeting with Milwaukee Mayor Tom Barrett.

Nate Hamilton, Dontre's brother, addressed protesters and the media before Jackson. Hamilton told protesters they are the leaders of the \"new\" civil rights movement, and he's tired of fighting injustice with tears.

Jackson began his speech calling Milwaukee one of the worst city's in America for black families. He told protesters to never adjust or believe institutional oppression is alright. When speaking about the incident between Former Milwaukee Police Officer Christopher Manney and Dontre Hamilton, Jackson said, \"To shoot someone 14 times is illegal, immoral and mentally unstable.\" Jackson later said Dontre Hamilton has more power in the grave than \"the killer walking the streets\".

After speaking about the shooting of Hamilton, Jackson moved on to broader issues that plague poverty stricken neighborhoods like healthcare and lack of jobs. He also mentioned the vacant residential lots and condemned homes he saw in Milwaukee.