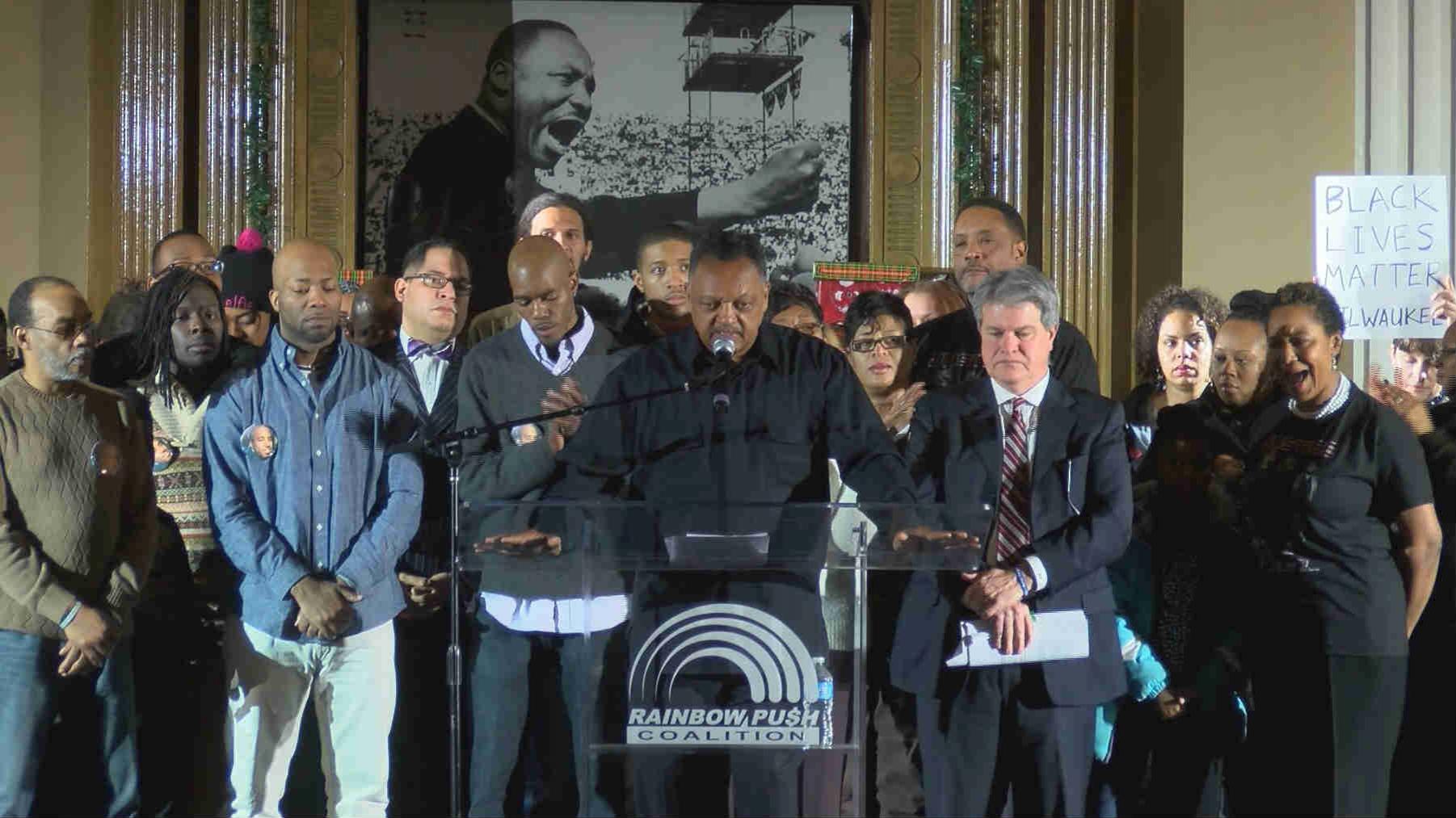 \"We will not let Dontre die,\" Jackson said during an hour-long service.

\"Killing a man for resting in a park is not justifiable,\" Hamilton's brother Nate Hamilton said Saturday.  \"We stand with all the families.  We cannot sleep on injustice.\"

Reverend Jackson reminded the crowd of various cases of officer-involved deaths nationwide, mentioning Michael Brown and Eric Garner.   But Jackson focused much of his attention during the second half of his sermon on Wisconsin, referencing Hamilton, Derek Williams and Frank Jude.

\"There is, in Milwaukee, a pattern of blacks being killed by police,\" Jackson said.

\"It's a systemic cancer that exists in Milwaukee and we need the nation and the world to know and to stand with us,\" State Senator Lena Taylor said.

Family attorney Alex Flynn says the Hamiltons are pleased with a federal investigation into Chisholm's decision. Flynn says a civil rights lawsuit could follow, but urged positive relations with police.

\"We are not here to vilify them,\" Flynn said during a press conference following the service.  \"We are here to appeal to everyone's better angels and say, 'That man was killed.'  This family is a good family who is really grieving.\"

\"We will keep marching for jobs, justice and an even playing field,\" Jackson said.

Reverend Jackson wouldn't say specifically when he'll come to Milwaukee to march, but he guaranteed it would happen, saying \"We're coming.\"