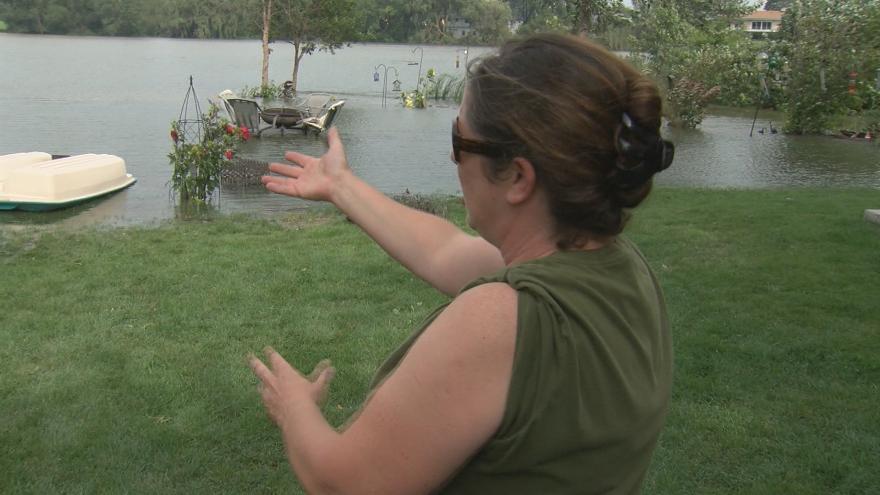 OZAUKEE COUNTY, WI (CBS 58) – People in Ozaukee and Washington Counties are recovering from flooding that left basements and backyards underwater.

The Milwaukee River at Village Park in Thiensville collected boats and tree limbs near the dam.

Some places in our area received more than nine inches of rainfall.

In Thiensville people gathered at Village Park to watch as boats were swept away by the fast-moving current.

“The entire boat and lift went down the river approximately a mile,” says Bob Puetz, about his pontoon boat.

Puetz’s boat was saved but other boats were a bit of a challenge.

“There are even full-size trees coming down with the roots,” explained Puetz. “It’s just amazing the power that water has and how it can move this stuff”.

“This does not normally look like this,” explained Jane Monday as she looked out at her flooded backyard. “It’s usually beautiful. It’s just a total mess”.

Monday walked around her backyard in Jackson assessing the damage.

“This trampoline took off in the air, went three houses over, and landed in a creek behind a cul-de-sac,” says Monday.

A neighbor’s home suffered serious damage when a tree fell through the roof.

The National Weather Service says they expect the river to fall below flood stage by midnight on Thursday.