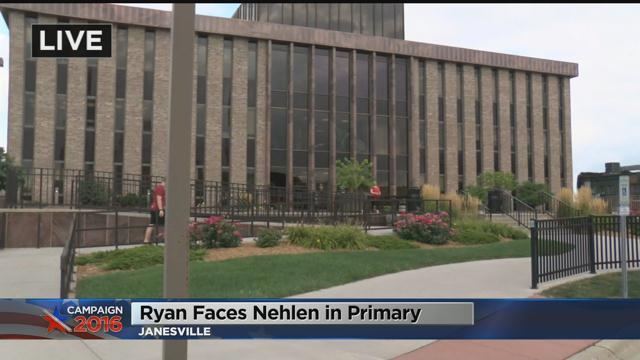 There is national attention on the decision these voters make today because Paul Nehlen is trying to unseat the speaker of the house in a primary.

This is something that has not been done in modern political history.

Polls are heavily on Paul Ryan's side. Over the last few days, both Ryan and Nehlen went on a final campaign blitz across Wisconsin's first Congressional District.

Nehlen is trying to ride a wave created by Donald Trump last week.

Trump mentioned Nehlen on twitter then Trump waited until Friday to endorse Paul Ryan in this race.

Since winning the first congressional seat in 1998, Ryan has won all eight re-election bids by double digits.

The last time someone challenged Ryan in a primary, two years ago Ryan earned 94 percent of the vote.

Nehlen's campaign said last week this is a David vs. Goliath matchup,