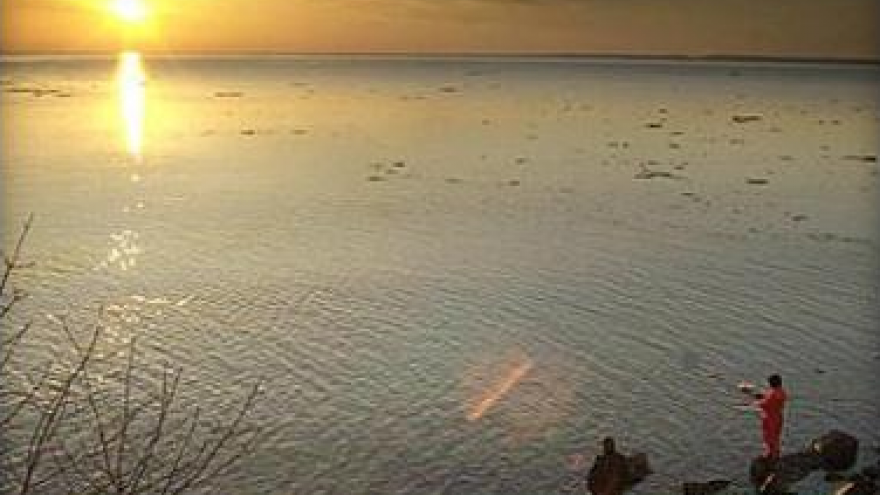 DULUTH, Minn. (AP) — Scientists are investigating an unprecedented algae bloom in Lake Superior and have sent samples for lab testing to determine if it is toxic.

The bloom has largely dissipated but reports suggest it stretched 50 miles (80.5 kilometers) along the shoreline from near Superior, Wisconsin, to the Apostle Islands, said Robert Sterner, director of the Large Lakes Observatory at the University of Minnesota-Duluth.

"They're very noticeable and very unexpected in a place like the deep and cold and generally low-nutrient Lake Superior," Sterner said.

Blue-green algae blooms have become more common in other U.S. lakes and rivers . The increase is partly because of warming water temperatures and more nutrients like phosphorus and nitrogen running off into bodies of water from farmland and cities, according to scientists.

Researchers aren't certain why Lake Superior is suddenly experiencing such algae blooms, but they believe they're connected to several major storms in the region that have occurred since 2012. The storms carry into the lake large amounts of sediment, which contains nutrients that feed algae growth.

Scientists expect to see more blooms in the lake because of the increased water temperature and frequency of severe rainstorms in the Upper Midwest, an effect of climate change.

Sterner stressed that the blooms that have occurred so far have had minimal impact on the lake's water quality. Researchers expect to know by the end of the week whether the bloom was toxic.