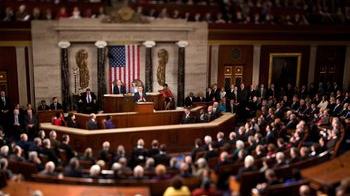 (AP) Republicans have officially retained control of the U.S. Senate.

Republicans have a 51-47 edge in the Senate. Two races remain outstanding: In Louisiana, the seat will head to a runoff election next month. And in New Hampshire, Democrat Maggie Hassan and Republican Kelly Ayotte were locked in a too-close-to-call race.

Republicans have clinched continued House control for the new Congress.

They'll likely lose seats from their current historic high, but they won enough seats to extend their six-year streak of commanding the chamber.

With results still being counted early Wednesday, Republicans have won at least 218 House seats. That exceeds the number needed to control the chamber.

Republicans now control 247 seats in the House. With a smaller GOP majority, dissident hard-right conservatives could have added leverage to press House Speaker Paul Ryan and other party leaders on the budget and other issues.