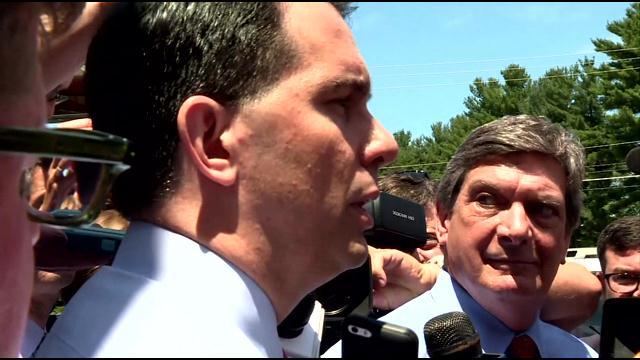 Governor Walker revealed his plan in Minnesota on Tuesday.  He calls it a \"Day One Patient Freedom Plan\" that promises a full repeal of Obamacare, while providing affordable health insurance, more empowerment for the states, innovation and financial stability.  Walker’s plan relies on tax credits and breaking up Medicaid.

The plan is light on some details.  It does not provide cost figures or reveal how many Americans would be covered.  The vagueness of the plan makes it difficult to compare with the current law.  Right now according to Gallup, nearly nine out of every ten Americans has health insurance.  The rate has substantially increased since the implementation of the Affordable Care Act.

In a series of tweets, Governor Jindal said it is “shocking that a Republican candidate for President would author a cradle to grave plan like this,” and “Walker’s plan creates a new entitlement for every American, from the time they are born, until they grow old & become eligible for Medicare.\"