Republican Candidates Focus On Wisconsin Ahead Of Primary 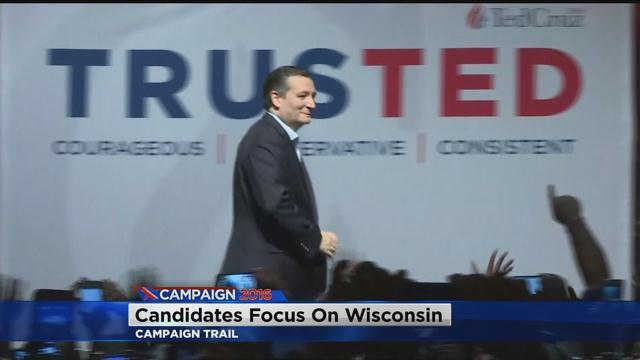 Ahead of the next Republican primary in Wisconsin, two GOP candidates will make stops in the Milwaukee area on Wednesday.

Texas Sen. Ted Cruz's campaign headquarters in Waukesha will open at 10:30 on Wednesday with Cruz's wife, Heidi, making an appearance.  The Cruz campaign is setting up shop near the Waukesha Republican Party Office on Pearl Street. Heidi Cruz will  make a second stop in Waukesha and will visit Racine.   Senator Cruz is scheduled to make an appearance tonight at a campaign event in Pewaukee.

Meanwhile, Gov. John Kasich will host a town hall in Wauwatosa on Wednesday. The candidate will speak at the Crowne Plaza Milwaukee West. Hotel staff tell CBS 58 about 300 people are expected to be in attendance.

Kasich's campaign has set up an eventbrite page to register for the event.