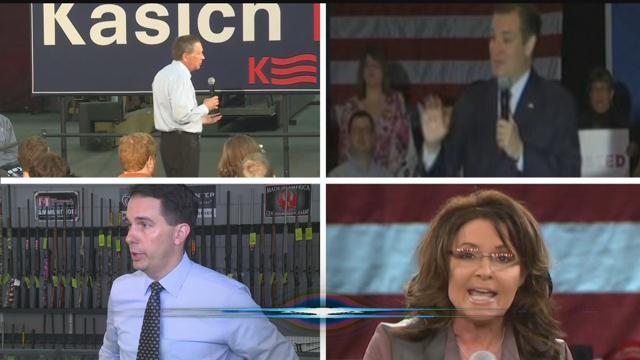 Two of three Republican candidates were in Milwaukee Friday night.

The Milwaukee County GOP says the event was sold out, and drew more than 750 likely Republican primary voters.