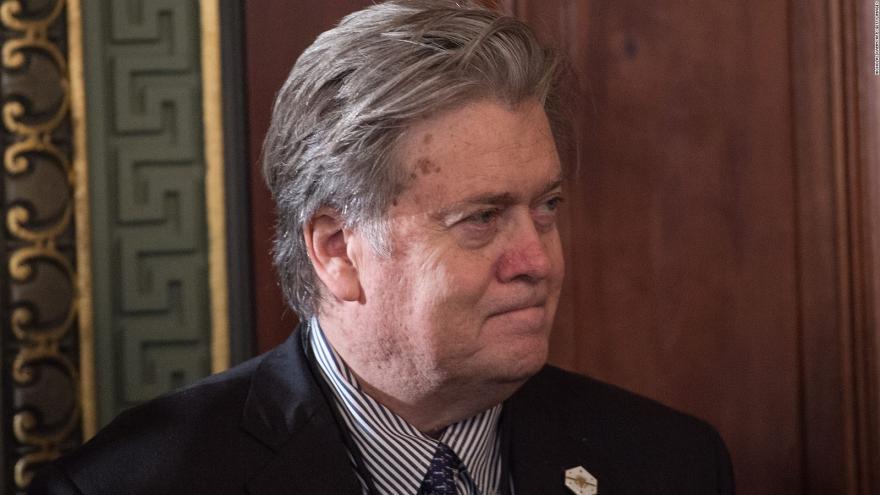 Nicholson, a Delafield businessman and political newcomer, faces Republican state Sen. Leah Vukmir, a 15-year veteran lawmaker. The winner will face Democratic incumbent Sen. Tammy Baldwin in November 2018. It's expected to be one of the most expensive and hotly contested races in the country.

Bannon's interjection into the race comes amid his declared "war on the Republican establishment" in order to enact President Donald Trump's agenda. One of his key goals is removing Republican Senate Majority Leader Mitch McConnell.

Nicholson earlier this summer told Politico that "I have no issues voting for Mitch McConnell." Nicholson's spokesman, Michael Antonopoulos, said Tuesday those comments came before the Senate failed to repeal and replace the federal health care law and he no longer feels that way.

"Kevin has made it clear he's prepared to support new leadership because of the Senate's failure to pass a conservative agenda," Antonopoulos said.

The endorsement by a political action committee backed by Bannon comes after both Nicholson and Vukmir met separately in private with Bannon. Vukmir told The Associated Press that whether she supports McConnell never came up in her meeting.

McConnell is blocking Trump's agenda "in some regards," but Vukmir would not say whether she supported ousting him.

"I said time and time again that Senate Republicans in Washington really need to get their act together and they need to support the president's agenda," Vukmir said. "When I get to Washington I'm going to support whoever is going to accomplish that."

Nicholson was head of the College Democrats of America in 2000 before fighting overseas in Iraq and Afghanistan for the U.S. Marines and then changing to a Republican around 2008.

Bannon's backing of Nicholson didn't win over a pair of influential conservative talk radio hosts in Wisconsin. Jerry Bader and Jeff Wagner both said on their shows broadcast around the state Tuesday that the endorsement will not resonate in Wisconsin, a state that Trump lost in the GOP presidential primary and won by fewer than 23,000 votes in November.

Nicholson has been trying to cast himself as the political outsider and Vukmir as a career politician. Vukmir, a close ally to Wisconsin Gov. Scott Walker, has countered that she is the only true known conservative in the race.

Nicholson tweeted on Tuesday that he was "humbled by this huge endorsement" by Bannon.

The Great America PAC that's backed by Bannon has also received donations from Richard Uihlein, co-founder of the Wisconsin-based Uline Corp. Uihlein, who lives in Illinois, has also given $3.5 million this year to Solutions for Wisconsin, another super PAC supporting Nicholson.