Representatives react to State of the Union Address 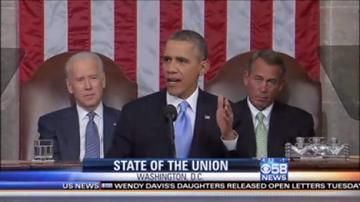 Massive shifts in technology and global competition have hit the middle class hard, the president said, and he'll do what he can to make things right.

Congresswoman Gwen Moore, a democrat from Milwaukee, said it's essential that members of Congress work with the president, and that the president isn't looking to turn his back on congress, but rather he's decided to act when Congress has not. .

Republican Congressman Jim Sensenbrenner has a different take, saying the president \"was not elected to rule by executive fiat--snubbing the checks and balances put in place by our founding fathers.\"