Report: Prince may have been Dead Several Hours Before Body was Found 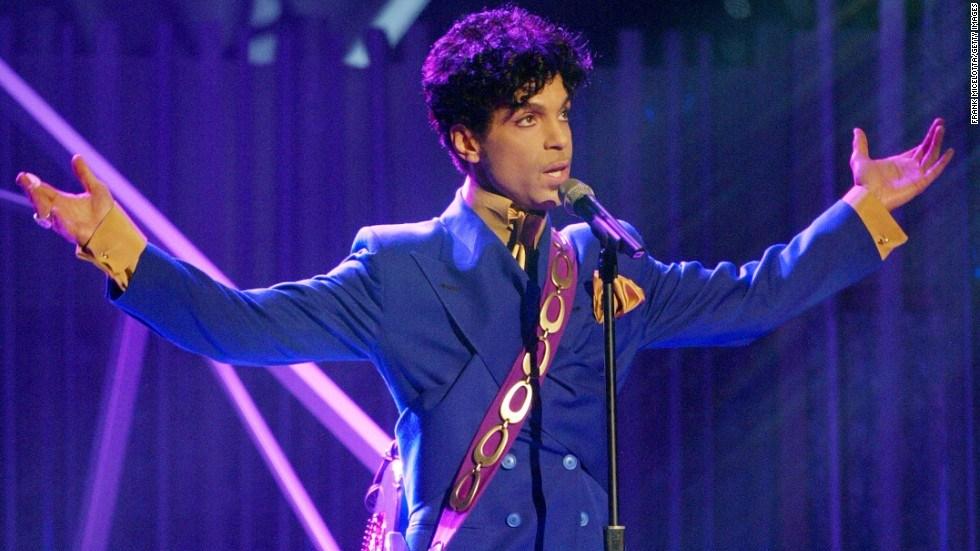 (CNN) One day before his body was found, Prince was given intravenous fluids at a Minneapolis area hospital, according to the Minneapolis Star Tribune, which attributed that information to an unnamed source with knowledge of the investigation.

The publication also says a source revealed that a paramedic responding to the 911 call from Prince's estate told law enforcement officers, staff and others at the scene that Prince may have been dead for at least six hours before his body was discovered in an elevator at Paisley Park.

The newspaper does not cite a reason for the hospital visit or the administration of fluids. But in the days preceding Prince's death, his publicist said he was suffering from the flu.

Carver County Sheriff Jim Olson said previously that someone dropped Prince off at his Paisley Park compound at 8 p.m. the night before he was found and he was alone, which wasn't out of the ordinary for the very private star.

Over the weeks since Prince's death, the picture of who was at the scene has become clearer.

Court documents and attorney statements reveal those at the scene the day Prince's body was found included Andrew Kornfeld, the son of Dr. Howard Kornfeld, a California pain and addiction specialist. Bill Mauzy, an attorney representing Andrew Kornfeld, said the doctor's son was sent on a last-minute "life-saving mission" to Prince's side. He said Kornfeld was only sent because his physician father couldn't make it on such short notice.

On the scene, Kornfeld had buprenorphine in his backpack. Buprenorphine is used to help people get off opioids. The drug can only be prescribed by a doctor who is certified to do so.

Andrew Kornfeld is neither a doctor nor certified to prescribe it. His attorney said he planned to give the medication to a local doctor and never gave it or any other medication to Prince.

Kirk Johnson was also there. He is Prince's estate manager, drummer and longtime friend. This week, Johnson sent a statement to CNN through his attorney saying in part:

"I greatly respected Prince's privacy, and ask in turn during this difficult time, others respect the privacy of those who worked with and represented him."

Also on the scene was Dr. Michael Todd Schulenberg.

Schulenburg is a local doctor who was employed at North Memorial Medical Center. He left his employment there nearly three weeks after Prince's death.

Schulenberg arrived after paramedics were already on the scene. According to a search warrant, Schulenberg told authorities he "saw" Prince on April 7 and April 20, and prescribed medications for Prince to be picked up at a Walgreen's pharmacy. He went to Paisley Park on April 21 -- the day Prince was found -- to drop off test results, he said.

April 7 is also the day that Prince postponed a concert in Atlanta. Fans had already gathered to pick up tickets outside when they were told: "the entertainer is battling the flu."

Citing its sources, the Star Tribune reported someone else was on the scene after Prince's body was found: Prince's assistant Meron Bekure, a former model.

Four days after Prince was found dead, Bekure posted a message on Instagram via Twitter saying in part:

"You were not only my boss, but an amazing and caring family, most creative/innovative being, the disciplinary, the toughest/brilliant leader, who taught and influenced all of us around you."

CNN has tried to contact her, but she has not responded.

Prince increasingly 'agitated' in days before he died

More than a month after the entertainer's death, the toxicology and autopsy reports still have not been released, and no date for the release has been announced. Those two reports are expected to give definitive answers as to what killed the 57-year old megastar and detail what was in his body at the time of death.

Early in the investigation, law enforcement sources told CNN that prescription opioid medication, normally used to treat pain, was found on Prince's body and in his home.

On April 15, on his way home after performing two shows in Atlanta, Prince's plane made an emergency landing in Moline, Illinois. Prince was unresponsive and taken to a hospital.

A law enforcement official told CNN he was treated for a potential overdose of pain medication.

The Star Tribune reported that in the days after Prince left that hospital abruptly, he was becoming increasingly agitated -- which is what prompted one of his staff members to call someone in New York for advice from someone who had recently worked with the musician.