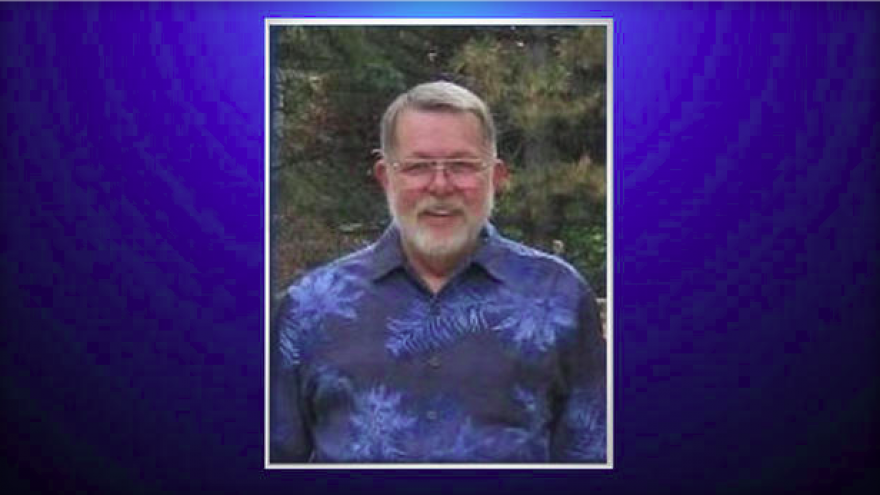 AURORA, Colo. --  A veteran who fatally shot a naked intruder as the man attacked his grandson in his suburban Denver home early Monday was killed by responding officers, according to investigators and news reports. Police received multiple calls about a break-in at the home at about 1:30 a.m., and when officers arrived, they heard gunshots inside, The Aurora Sentinel reported.

Aurora police, who described the scene in a statement as "very chaotic and violent," said they encountered an armed man and fatally shot him. That man turned out to be the person who lived in the home. A second man, the suspected intruder, was found dead during a search.

A child also suffered serious but non-life-threatening injuries at the hands of the intruder, but police did not release additional details, citing an ongoing investigation.

"This is a very heartbreaking and tragic situation for everyone involved," Police Chief Nick Metz said. "We are providing assistance through our victim advocates to help the family of the deceased resident through this very difficult time."

Investigators have not released the names of the resident or the suspected intruder. But family attorney Siddhartha Rathod identified the homeowner to CBS Denver as 73-year-old Richard "Gary" Black, a Vietnam veteran.

Black, reportedly the recipient of a Bronze Star and a Purple Heart, was a retired IRS agent who neighbors call a family man.

"This is a horror movie scenario," Rathod told the Denver Post." There's no question Mr. Black is a hero, that Mr. Black saved his grandson's life. This truly is a tragedy."

Rathod told the Denver Post that the intruder had been attending a party at nearby home before he ran across a five-lane road onto the Black's property. Others from the party reportedly followed him and at some point entered the home.

Black, his wife, a stepson and the grandson were all asleep when the intruder kicked in the door, Rathod told the paper. The intruder grabbed the boy, choked him and then tried to drown him in a bathtub, Rathod said.

Black and his stepson tried unsuccessfully to stop the attacker, and Black then reportedly retrieved his gun and shot the intruder in the chest, killing him. At some point during the altercation, Black's wife reportedly called dispatchers and described what was happening, saying that the intruder was naked and describing what her husband was wearing.

Rathod told the Denver Post the stepson was in the bathroom with the boy and Black's wife was outside talking to dispatchers when they heard more gunfire. Black was standing in his living room when he was shot, and he later died at a hospital.

Many questions remain unanswered about Black's death, Rathod said. The officer who fired the shot has been placed on administrative reassignment with pay, according to the Denver Post, and the 17th Judicial District Attorney's Office and Denver Police are investigating.

Late Tuesday night, police confirmed the officer who shot Black was involved in another deadly shooting in late June, the station reports.

In a statement on Facebook, Aurora police said they are planning a press conference for Thursday. They said the district attorney's office has requested they not release more information so as not to compromise the integrity of the investigation, which they called "extremely complex."

"In order to conduct a comprehensive investigation, we continue to methodically collect evidence, interview witnesses, and review all available recordings, to include the body worn cameras of all involved officers," the statement said.

"This incident was not only tragic, but incredibly heartbreaking for the involved family, the community, and our Department," the statement said. "This makes it even more difficult in not being able to provide information at this time as we are committed to being transparent and sharing information as soon as possible after a critical incident."