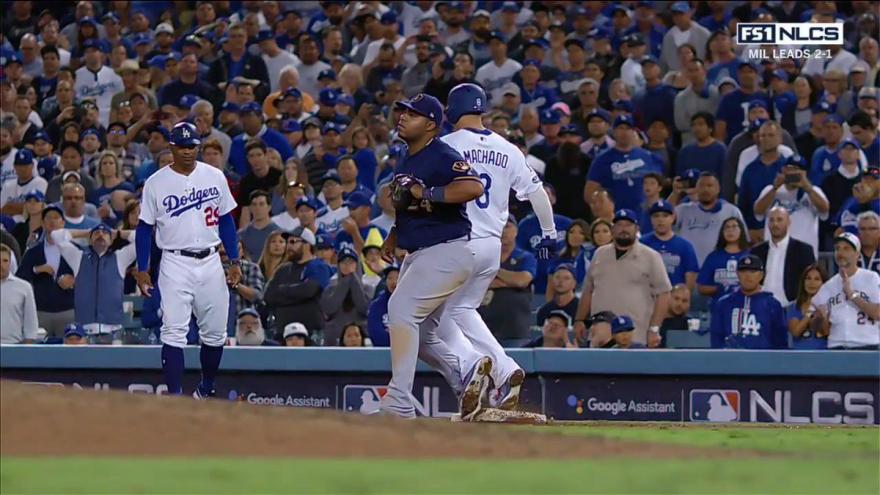 MLB fined Machado an undisclosed amount on Wednesday, a day after the baserunning incident caused the benches to clear at Dodger Stadium and prompted Brewers MVP candidate Christian Yelich to call Machado a "dirty player."

Machado was running to first on a grounder in the 10th inning of Game 4 and Aguilar left his foot partly across the base for a moment after catching the ball. Already out, Machado brought his back foot forward and kicked Aguilar in the back of the leg.

Machado, whose late slide last year injured Boston second baseman Dustin Pedroia, has been checked a couple times in this NLCS because of close slides into second.

Machado gave Aguilar a brief hug after hitting a single in the 13th inning. The Los Angeles Dodgers shortstop later scored the winning run, sliding home to give Los Angeles a 2-1 win that evened the NLCS at two games each.

Game 5 in the best-of-seven series was Wednesday.