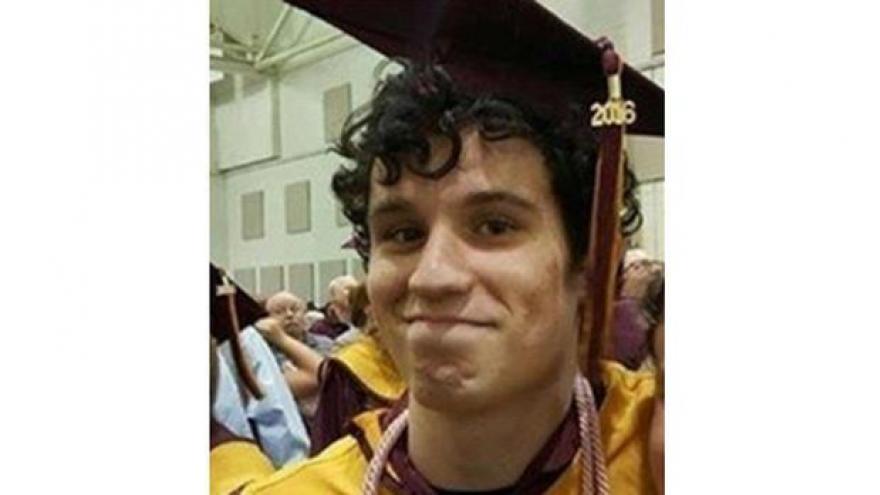 (CBSNews) PERRY, Ga. -- Police say they are reviewing “disturbing” social media posts linked to two teens under arrest in the murder of a Perry teen, the Telegraph reports.

Perry police Chief Steve Lynn said at a news conference Thursday that a 17-year-old boy and 18-year-old Brandon Warren have both been charged with murder in the death of 18-year-old Sam Poss.

Poss’ body was found in the woods in the Lake Joy area Wednesday night after he was reported missing.

News outlets report an arrest warrant says Poss was killed sometime between 11 p.m. on Oct. 14 and 7 a.m. the following morning. An autopsy found he died of suffocation and strangulation, and a contributing factor was stab wounds to the upper chest, reports the Telegraph.

According to the paper, a Facebook bio on Warren’s Facebook page reads, “Who could love you but the mold that sprouts from your cold, sad corpse.”

Police tell the paper they’re also reviewing a Facebook post linked to the 17-year-old boy from September 2015 that read, “I wouldn’t mind taking a knife, shoving it into someones throat and just watch them choke on their own blood until they die.”

“Honestly, they are disturbing,” Dykes told the paper of the social media posts.

Both suspects are from Houston County. Authorities have not released a motive in the slaying.