Remains of Waukesha Airman Return Home After Going Missing in 1952 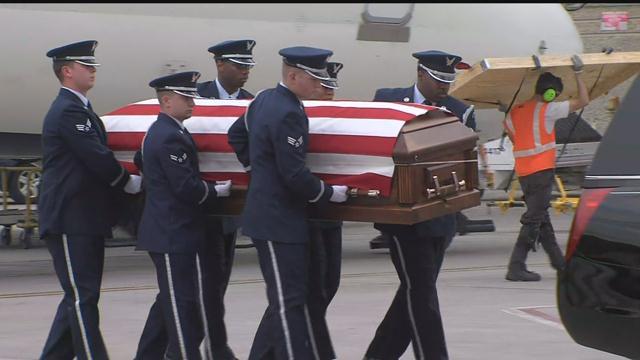 The remains of a Waukesha airman finally returned to his home state after a plane crash in 1952 on Tuesday.

Airman Thomas Condon went missing with 52 other souls in route to an air base in Alaska during the Korean War.

Only recently did recovery crews make headway in digging into the glacier where the wreckage was buried.

The remains were then matched to the DNA of the airman's younger brother.

Condon will be buried with full military honors. Visitation begins tomorrow morning at ten at St. Joseph Church in Waukesha.

The public is invited to attend.