Reliever Route Being Debated in Hartford 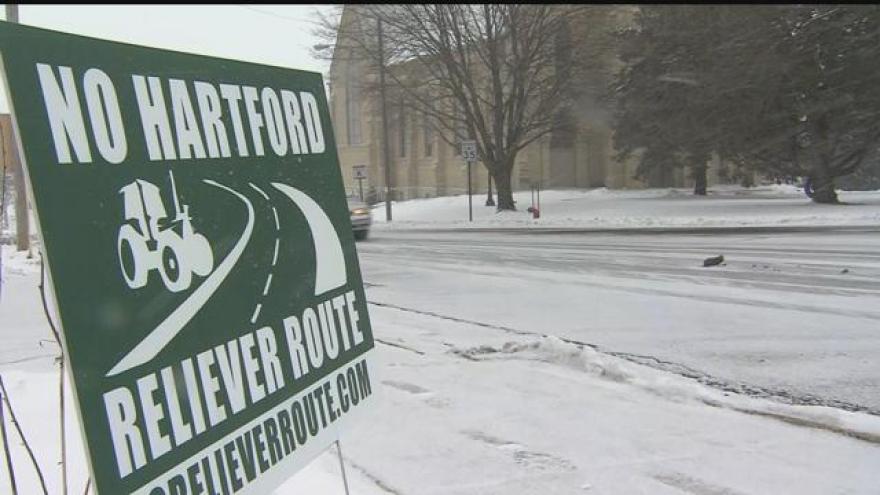 A plan to shift truck traffic from a state highway that runs through downtown Hartford to a county road north of town is generating a lot of discussion about economic development and preservation.

The plan to move a truck route from main roads in Washington and Dodge Counties is sparking major debate, with people on both sides voicing their opinions.

The Hartford reliever route has been in discussion since the 1970s.

The estimated $24 million dollar plan would divert semi-trucks who go through streets on Highway 60 in downtown Hartford and Slinger, to a county road which goes through different townships and farming land.

People in favor of the new route say there are safety concerns when it comes to semis driving down roads with heavy pedestrian traffic.

People against the project say farmers would lose land, that taxpayers would be on the hook if budget estimates are wrong, and also mention safety concerns with children who live nearby.

The city recently completed an engineering study on the plan, and officials say they understand the concerns from both sides.

A public listening session will be held tomorrow at Hartford Town Hall at 6:30 PM.

If all goes as planned, officials would want work to move forward in a few months.