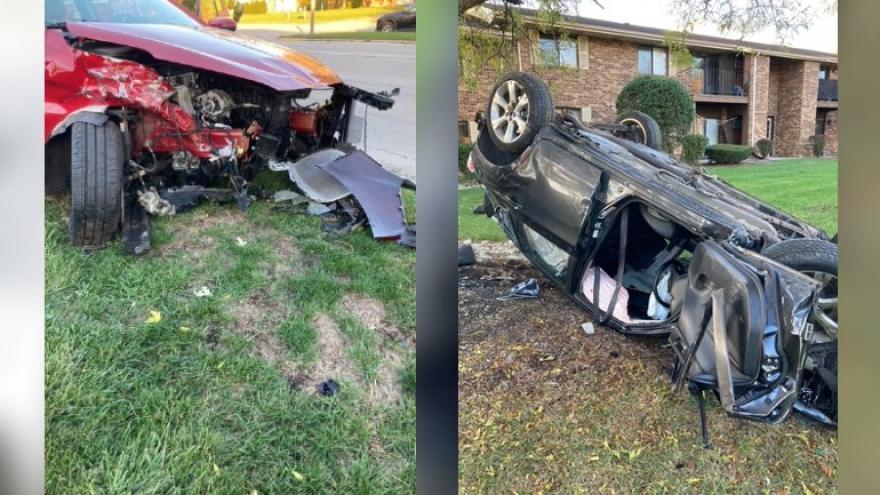 Officials say the crash occurred at approximately 4:35 p.m. on Sunday.

Police say that the vehicles involved were a Grey 2013 Subaru, Red 2020 Hyundai Elantra and a White 2020 Acura TRX.

Authorities say that although there are no suspicions of alcohol use, the crash was caused by the driver’s actions of the Subaru and Acura drivers racing and weaving in and out of traffic.

Mount Pleasant police say that during the racing, the Subaru struck the Hyundai and the crash unfolded.

Multiple witnesses to the crash reportedly remained on-scene to speak with police and confirmed the series of events.

Police say that the drivers of the Acura and Subaru were cited for Reckless Driving and Racing on a Highway.

Officials report that the operators of the vehicles were checked by emergency responders and the operator of the Hyundai was transported to Wheaton Ascension Emergency Room with non-life-threatening injuries.

Additionally, police say that the driver of the Subaru had minor injuries.

The crash reportedly remains under investigation by the Mount Pleasant Police Department.