Reaction to budget prevision that may lessen teaching requirements in Wisconsin 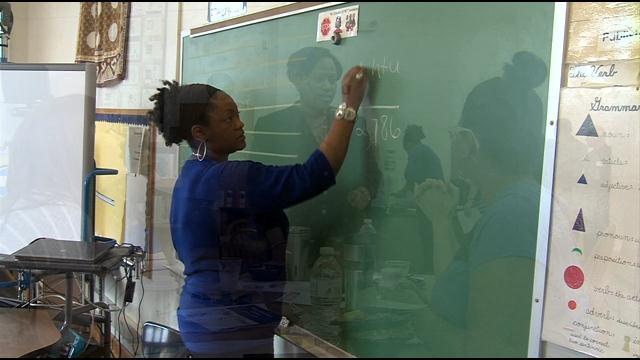 A controversial proposal is sparking a debate statewide. It's a provision in the State's budget that would lessen the requirements for teachers in Wisconsin.

State Representative Mary Czaja is behind the plan made up of two parts. The first, would let anyone with a Bachelor's degree teach English, social studies, math and science.

\"This is targeted for smaller schools,\" Rep. Czaja said. \"Let's say a small district up north like Mercer, they would not have the resources to hire a chemistry teacher because they may have 4 kids to take chemistry... so if you had a retired chemist in the area, he could come in and teach that class.\"

The second part would allow anyone without a college degree, or a high school diploma, teach classes outside the core curriculum.

But critics of the plan say, it's a risky plan that the state should not take.

\"What it's doing is reducing the quality of teaching,\" said Bob Peterson, President of the Milwaukee Teachers' Education Association. \"It's actually an insult to the teachers who have spent years perfecting their profession and most importantly, it's going to hurt the children in the schools of Wisconsin.\"

Rep. Czaja tells CBS 58 she has received a lot of emails from teachers who say she is disrespecting the teaching profession. She wants to make sure people know that's not the intention of the proposal.

\"Teachers are professionals and I respect them greatly. This is not to take away from that. This is just a flexibility to fill a need,\" Rep. Czaja said.

The state budget proposal is not final. Both houses of the legislature must pass it and Governor Scott Walker must sign it.