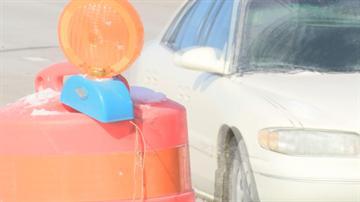 WAUWATOSA --  If you drive east or west along I-94 through the Zoo Interchange, you might notice traffic moving a little smoother during rush hour.  That's not by mistake and the DOT hopes to keep it that way.

\"We are modernizing the interchanges we've been reconstructing,\" DOT Spokesman Mike Pyritz said.

Last weekend's closure to ramps along I-94 and Highway 100 actually helped with traffic flow.

\"Anytime you eliminate an area where someone is getting on and needs to accelerate and merge or a spot where they may be decelerating to leave the freeway, it does create a more efficient and safer situation,\" Pyritz said.

Highway 100 ramps will reopen late this year, but they'll look a lot different.  The same is true for ramps along 84th Street.  Drivers won't need to merge from the right side across several lanes to jump on Highway 45 North or South.

\"It's for our benefit and the future, you know,\" driver Jeff Van Pool said.  \"Roads don't last forever.\"

\"Peak times are always busier, but it is what it is,\" Van Pool said.  \"I think if you just plan and take alternate routes, you're fine.\"

It hasn't been all smooth sailing.  Several lanes shift frequently across I-94, confusing many drivers.  Pyritz admits the amount of snow and cold this winter hasn't helped.

\"There's been an awful lot of need to put salt down on the road, which does hinder the markings and the ability to spot the markings,\" Pyritz said.  \"But as we remind everybody: You're in a construction zone, slow down.\"

\"You should, with all the workers out there,\" Van Pool said.  \"That's why they specify fines will double.\"

Future ramp closures will soon come to Highway 45 and Watertown Plank Road.  You can monitor the work through a link on our News Links tab.