WEST ALLIS, Wis. (CBS 58) — While rain isn’t ideal for vendors and people who planned to visit the fair Monday, Aug. 9, it didn’t stop them.

“On a day like this when it’s a little bit rainy, and may be rainy all day, it’s kind of a best kept secret,” said Leanne Hock.

Hock has owned the Bud Pavilion at the state fairgrounds for 13 years. With a roof, live music and a lot of beer, it’s one of the places people flock to when the rain starts coming down.

Hock also owns six beer kiosks on the fairgrounds. She says those don’t do as well when it’s raining.

While it rained on and off throughout the day Monday, people still showed up to the fair. 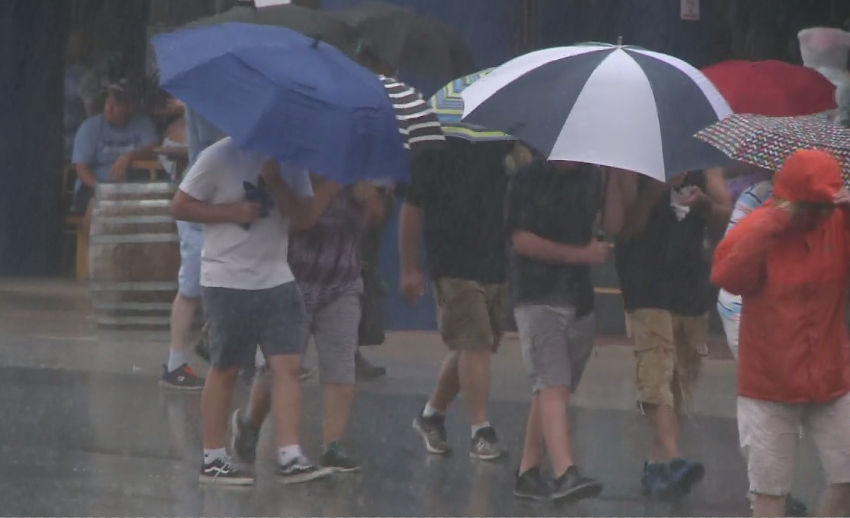 “I’ve come every year since I’ve been alive, it’s just kind of a family tradition, so this just happened to be the day that worked out for everybody to come,” said Ashley, one fair-goer from Menomonee Falls.

Her family comes for the food, and the rain won’t stop them.

In the pockets of rain was the sunshine, and people enjoyed magicians and walking around the fair.

“It’s fantastic. This guy is good,” said Ed, another fair-goer.

People walked around with umbrellas and ponchos and made the best out of their day at the fair when it was both sunny and raining.