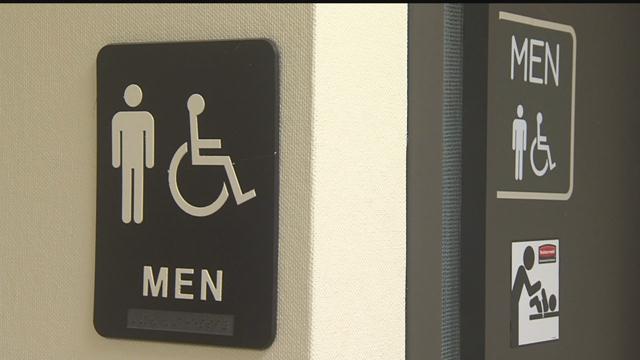 Tuesday the Racine Unified School District unveiled a new proposed policy aimed at making transgender students more comfortable at school.
A big part of it lays out which bathrooms those students should use, an issue hotly debated across our state.

The school district says this policy should clear up any confusion between not only students but also staff, eliminating any awkward situations and setting a new standard for everyone at RUSD.

Teasing and taunting, the school years can be tough.

"You might have had an uncomfortable situation and that makes learning difficult because your mind is focused elsewhere. We want to make sure our kids are in comfortable, safe environments where they're not focused on anything but learning," said Stacy Tapp, communications director at RUSD.

A problem that RUSD aims to stop with this new policy. In it, teachers are required to call students by the name they choose, students are allowed to dress however they choose, so long as it fits the dress code and perhaps most importantly are given access to a private bathroom if they don't feel comfortable.

"We have many places in our schools that have gender neutral bathrooms, single stall bathrooms. Same with our locker rooms," said Tapp.

But unified says this policy of allowing students that don't identify with their gender to use a private facility is nothing new.

"What we're doing now is putting practice into policy. So we've proposed this to the board, it's out for public review for the next month and we hope the school board supports this and puts it into policy next month," said Tapp.

The district points out, the policy is for any student and people we spoke with say that makes it all the better.

"Especially because its not being singled out as something just for them. It's something anyone cold use but they would feel safer to use by themselves," said Catria Thiels, a Racine resident.

There is an effort to pass a similar bill on the state level. If and when that passes, Tapp says they will examine their policy so it adheres to the state policy.