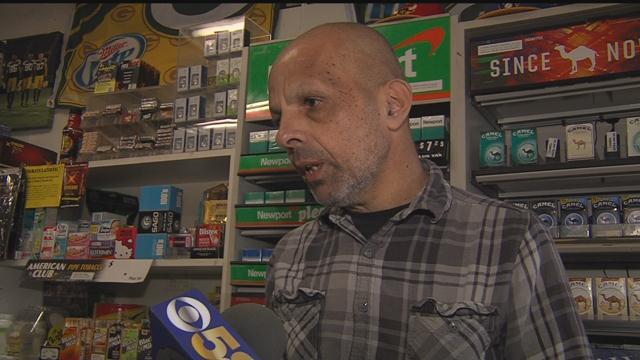 The Sunshine Supermarket has been cited by police and neighbors say the store is bringing trouble to the area. The owner Mohammad Alabed says he is being treated unfairly by the community.
The Sunshine Supermarket on has been on 16th and Taylor for 20 years.
"This store it's everything. And they want me to lose my business. I'm angry about these people here," says Mohammad Alabed.
Neighbors say, customers constantly loitering has cast a shadow on the block for some time. Latoya Lewis moved next door 3 months ago.
"I don't want the store to be completely shut down. I just want it to be a wholesome neighborhood like I thought we were going to have when I move over here. I would like for my kids to be able to go to the store to get bread or be outside without drunk people asking them for change," says Lewis.
Alabed's tenant, Kim Cantwell who lived upstairs, was murdered. The suspect is Harry Fumich who was also a tenant.
Racine police did a sting operation, ticketing Sunshine Supermarket 29 times for selling alcohol and cigarettes to minors.
"How they set me up they sent 29 people in an hour the cashier she's struggle with that. She don't know what to do. So many people in the line and she don't have even time to card," says Alabed.
The City of Racine says this isn't the first time the store has been cited. It's now in jeopardy of losing its license - or closing down altogether.
"My plan is to sell my business and move out of town. I don't have to be in Racine no more. I don't belong to this town no more," says Alabed.
The Public Safety and Licensing Committee recommended a due process hearing.
That hearing would decide whether or not to revoke the stores license. The City Council will decide whether or not to have one November 1st 2016.