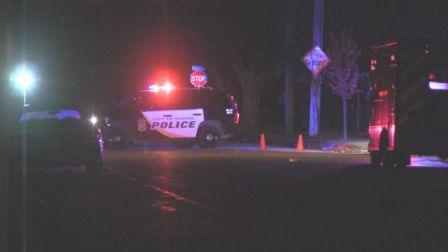 Racine Police got a chance to utilize their code red alert system Tuesday night after a potentially suicidal man began firing shots off inside his home. The incident triggered a nearly 4-hour standoff.

Shortly after 9:00 p.m. Tuesday night, Racine Police responded to a report of a drunk, possibly suicidal man firing a gun inside a home on Main St. Someone called police after running from the home. When officers arrived they heard more gunshots coming from inside and called for tactical help. SWAT units as well as a Crisis Negotiation Team responded and set up a perimeter.

Neighbors who live near the 2400 block of Main Street were alerted through Racine's Code Red program. Code Red sends a voice message to homes in a geographical area close to a police incident. In this case residents near the tactical situation were advised to stay indoors and to remain in interior rooms.

At 12:45 a.m. the suspect emerged and was arrested without incident. His name and age have not been released. Racine Police say an investigation is ongoing.

Police also say an additional Code Red alert was sent out to the homes nearby to inform residents the danger has passed.