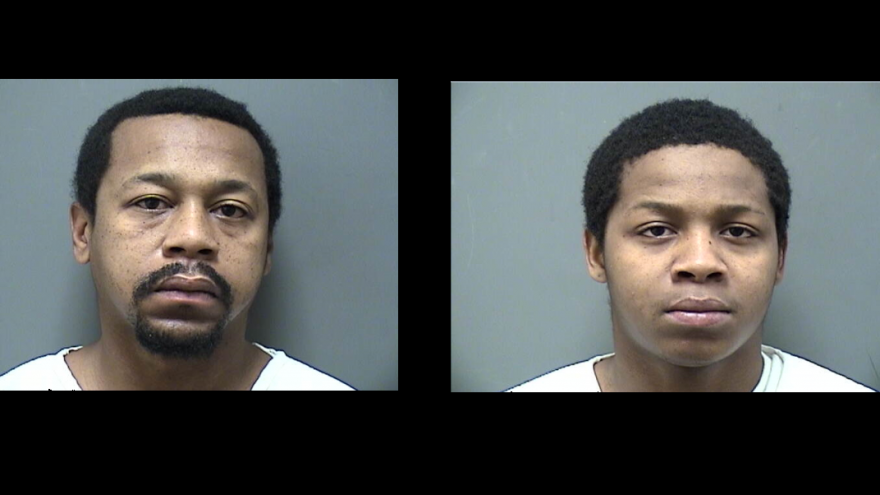 RACINE, Wis. (CBS 58) -- A father and son have been arrested and are now facing charges after police say they robbed an elderly man at gunpoint, taking $700 from him.

Police were called to Carniceria La Huasteca, a shopping center located at 1501 Dr Martin Luther King Drive in Racine, for a report of a man who was just robbed of $700 at gunpoint.

The victim told police that he was leaving the business when one suspect said: "You look tired, let me get your door for you." That suspect then opened the victim's car door while another suddenly approached, pressed a handgun against the victim's rib cage, and demanded the money.

Police reviewed surveillance at the three different locations and were able to place the suspects in the robbery at the same gas station the victim was at. The surveillance video at Pump and Pantry showed one of the suspects looking at the victim's envelope of cash while he was paying. Police were then able to get a read on the license plate of the suspect's vehicle.

Officers made contact with Williams Jr. who admitted to committing the robbery with his father. Williams Jr. said that it was his dad's idea but he was the one holding the gun, later identified as a silver BB gun.

Williams Jr. told police that his dad did not give him any money from the robbery and that this was the only thing like this he's ever done.

According to the criminal complaint, Williams Jr. appeared remorseful and admitted to being upset that they caused this elderly man to be victim to such a crime.

Williams Jr. also told police that his father was arrested that morning and is currently in Kenosha County Jail.