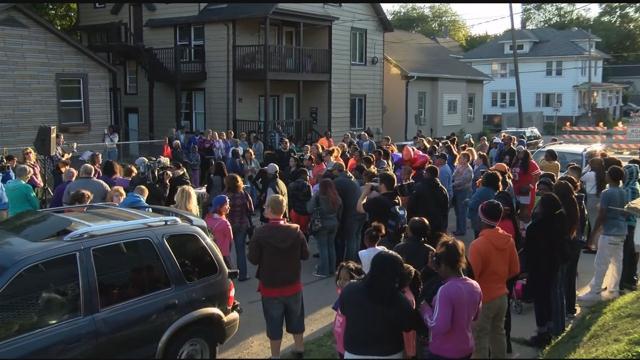 It was a heavy night on Albert Street, two nights after 14-year-old Vista Jackson lost her life.

The block was filled with a community who came to remember the young girl, and the step-father who came to speak up for the accused shooter.

Music, poetry, and mourning from the family and community to remember 14-year-old Vista Jackson.

\"I would never ever think that one of my sisters would die on me at such a young age,\" Jackson's brother Jonathon Bogan said. \"We all gotta die one day, but I didn't think it would be this soon.\"

The young girl who everyone loved was shot Thursday night inside a home on Albert Street.

Williams said he doesn't know where McQuay got the gun.

Williams told CBS 58 McQuay and Jackson were in a relationship, and that a court order was needed, because the two saw each other without adult supervision.

\"Y'all too young to be in this relationship,\" Williams said. \"You got a court order, and you need to listen to me. Neither one of them listened.\"

14-year-old Keller McQuay is being held at the Racine Juvenile Detention Center.

At this time, police have not released any further details on the investigation.