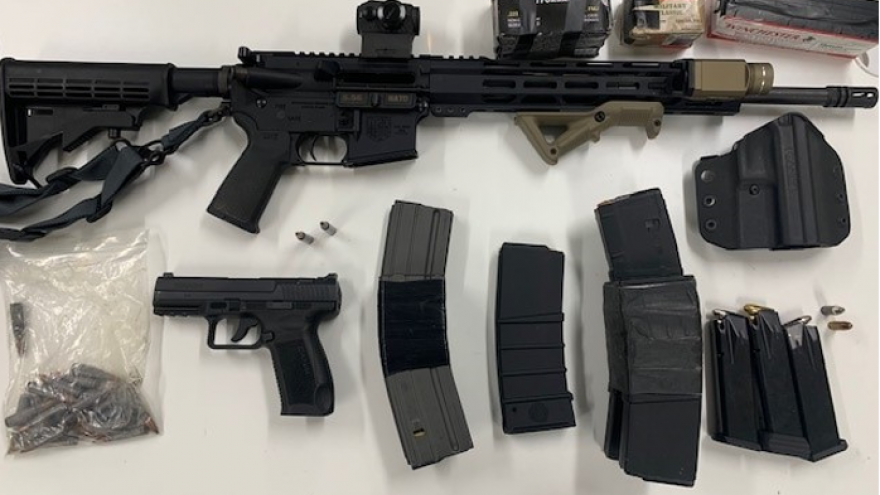 Police say the search warrants were a result of multiple controlled purchases of cocaine and marijuana products from 29-year-old Ricardo Westman-Patricio.

According to officials, an AR-15 semi-automatic rifle, a 9mm handgun, several magazines loaded with ammunition, and several boxes of ammunition were located during the search of Westman-Patricio's vehicle.

Westman-Patricio was taken into custody. The following charges are being recommended to the District Attorney's Office: