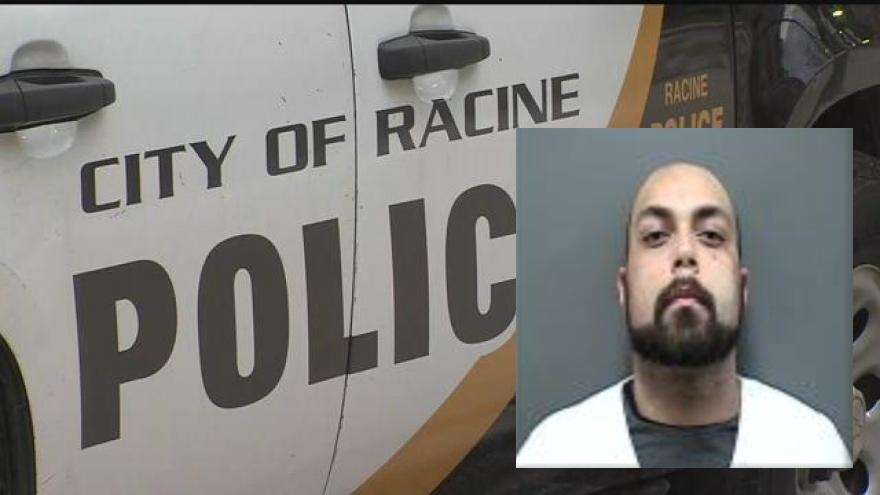 RACINE, Wis. (CBS 58) -- A Racine man is charged after allegedly stealing a vehicle from an auto repair shop and using it in a police pursuit.

Kevin West, 27, is charged with operating a motor vehicle, attempting to flee or elude an officer, operating while revoked, and felony bail jumping.

Racine Police Officers responded to Nick's Garage, located in the 2900 block of Rapids Drive, around 10 a.m. on December 7 for a report of a vehicle theft.

The victim told police that she dropped her vehicle off to be serviced. She later learned that her vehicle was involved in a police chase and realized that it must have been stolen from the business.

Racine Police Officers responded to Doobies Bar around 1:28 a.m. on December 7. A man had called police to report being attacked by a male driving a dark colored Chevy Impala. The two men allegedly got in a verbal argument and the driver of the Impala pulled out a firearm.

A Racine Police Officer saw the vehicle leaving the parking lot and he initiated a traffic stop. According to the complaint, the vehicle did not stop and fled from police at speeds that reached 70 mph until the pursuit was terminated.

Using surveillance video from the bar, officers were able to identify the suspect as West.

According to the criminal complaint, West had done some work at Nick's Garage but he had not worked at the garage since the incident occurred and he was never given keys to the vehicle.

West was taken into custody without incident on January 21. He admitted to driving the Impala and told police that he did not stop because he was on bond and wasn't supposed to be driving.