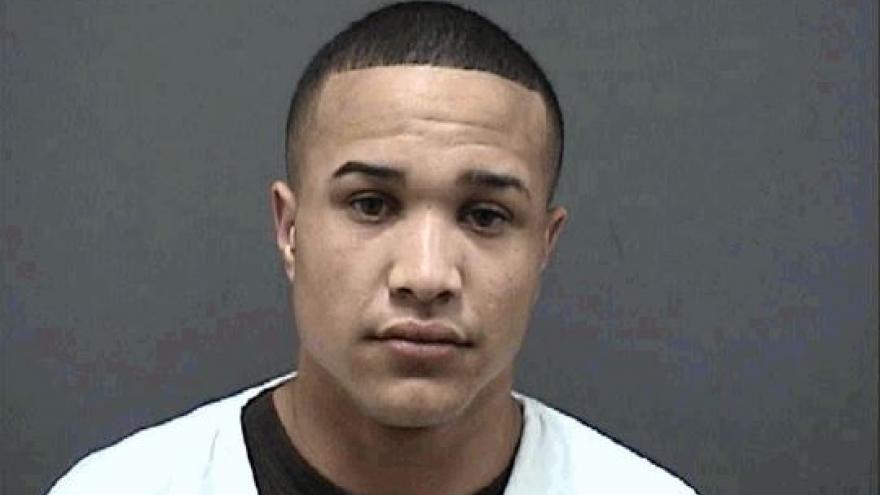 RACINE COUNTY, Wis. (CBS 58) – A rollover crash leads the Racine County Sheriff’s Office to arrest a Milwaukee man for OWI with kids in the car.

Luiz Ortiz Ruiz, 25, is charged with three counts of first offense OWI causing injury with a minor child in the vehicle, reckless driving, and knowingly violating a domestic abuse injunction.

According to the Sheriff’s Office, deputies were called to the crash on I-94 northbound near East Frontage Road just south of County Road G around 6:10 p.m. Sunday.

Investigators say a blue Hyundai sedan being driven by Ruiz hit the side of a silver Nissan sedan causing both vehicles to flip over several times. The Nissan landed upright while the Hyundai ended upside down on its roof. Four passengers inside the Hyundai, three of which were kids, were able to get out on their own. Ruiz was trapped and deputies were able to help him get out of the vehicle.

The driver of the Nissan was taken to the hospital as a precaution.

The Sheriff’s Office says the three children inside the Hyundai, an 11-year-old, a 9-year-old, and a 5-year-old, were taken to an area hospital for non-life threatening injuries. Their mother, who was also in the Hyundai, was taken to the hospital to be checked out. Authorities say the three kids were not wearing any safety restraints and a criminal complaint says the mother had a restraining order against Ruiz.

According to the complaint, deputies also found an empty beer bottle and marijuana when searching the car.

Ruiz was taken to the hospital with non-life threatening injuries. Officials said Ruiz did not want to give them a blood sample saying he only had two or three beers. After getting a warrant, authorities were able to get a blood sample.

When investigators interviewed the mother, she said she and Ruiz were coming back from an event in Chicago where she felt Ruiz had had too much to drink. She told deputies Ruiz would not let her drive and they had gotten into an argument on the way home. After the argument, she began to ignore Ruiz and said he started swerving to get her attention. It was at that point they got into the crash.

A complaint says she told deputies she wasn't sure whether Ruiz was drinking while driving and that he did have a container in the car but she didn't know what was in it.