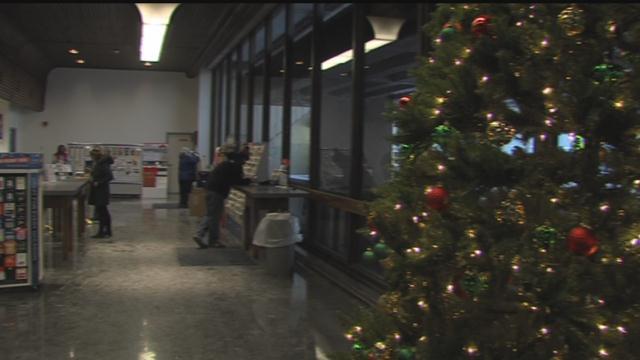 Racine County Sheriff’s Department was dispatched to a Post Office in Yorkville on Wednesday for a report of a domestic disturbance.

According to the criminal complaint, a postal employee’s husband believed she was having an affair with a coworker and forced her to go to the post office with him.

The couple’s children were in the car, and the husband allegedly was punching her in the face on the way there.

When they got to the post office he tried to force her to go get the employee, but she refused to go into the building.

He followed another employee into the USPS building.

The Postal Inspector told the deputies the building is a federal facility and only federal employees are allowed in the building.

The supervisor on duty did not recognize the man as an employee and confronted him.

He told her he was looking for the certain employee.

She led him to a room, but became concerned when he would not sit or calm down.

The supervisor got another employee and the man exited the building.

A deputy searched the suspect’s vehicle and found a 9mm Smith and Wesson in the console. The woman told police the gun was hers, but did not know how it got into the vehicle.