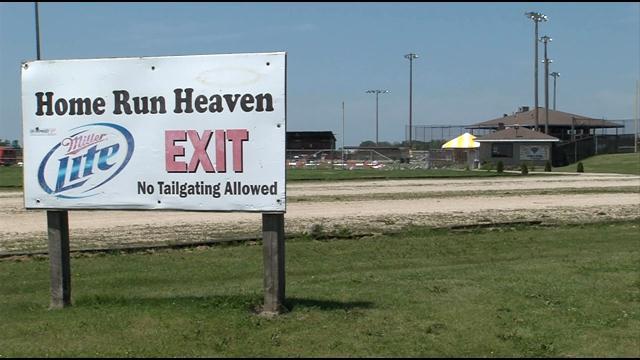 The owner of Homerun Heaven says there were just a few people who were out of control at the rodeo and he was taking care of that situation by escorting them out.

\"First of all we weren't standing around waiting for something to happen. We received a 911 call that someone was being assaulted and it was in progress. And I make no excuses for their actions,\" said Schmalling.

Schmalling says his officers were first called out to the rodeo for a fight.

\"It was one individual that was exposing himself in front of a family and urinating. One of the security guards went to approach this person and stop him and that's what caused the assault,\" said Schmalling.

But in the midst of responding to that fight, the officers saw another.

\"He went over to address that situation and that citizen became very violent wouldn't follow commands and orders to stop resisting and that deputy unfortunately had to tase him,\" said Schmalling.

\"When they were tased the rest of the people around thought that was unjust so everybody began to get rowdy because of that,\" said Vargas.

But the Racine County Sheriff's office disputes that saying the crowd was simply out of control and there weren't enough security guards.

\"There were no off duty sheriff's officers invited to provide security to this event. This individual had a private security firm, I believe one or two non-sworn officers that were security guards,\" said Schmalling.

\"We were overstaffed as far as security, I think we had 27 security guards,\" said Vargas.

Though Sheriff Schmalling says Vargas typically is control of his events, at a town hall meeting tonight, he suggested having officers at these type of events in the future.

\"But you've got to look at the resources we poured into this. We had no less than 10 sheriff deputies there, we called in assistance from the Mount Pleasant police dept, Sturtevant police department Wisconsin state patrol, just to try to gain some control of the 800 people,\" said Schmalling.