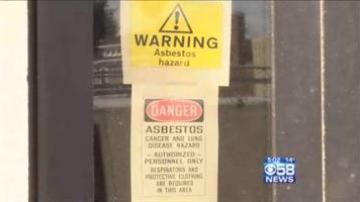 RACINE -- Locked doors and warning signs kept anyone from getting into Racine's City Hall Tuesday due to an asbestos scare, but the building is back open Wednesday after testing proved asbestos was not in the air.

Crews clearing asbestos from a third floor renovation project were worried some dust got outside a containment area Tuesday morning.  Mayor John Dickert chose to play it safe, sending everyone home.

\"We found one slight right outside of that seal crack, on some of the equipment we did find some asbestos, so we're testing the entire city hall,\" Dickert said.

That meant postponing or moving meetings.  Dickert sent home all workers like the Clerk, Health Department and Public Works.  Those employees stayed on call via email and cell phones Tuesday.

\"No one that works here or would come into city hall for anything could have any chance whatsoever of contamination,\" Dickert said.

Dozens of people like David Shaner showed up hoping to take care of business only to be turned away.  Shaner had questions about his water bill.

\"I got this in the mail and I don't know whether I owe them or they owe me,\" Shaner said.

Now, he'll have to wait until later this week.  The mayor plans to offer some leniency for people who cant get in to pay because of the lock down.

\"We'll push the dates back a little bit if we have to so they shouldn't worry at all,\" Dickert said.  \"Our job here is to take care of the customers and residents of this city and that's what we'll do.\"