Racine Boy's Wheelchair Badly Damaged When Someone Tried To Steal It 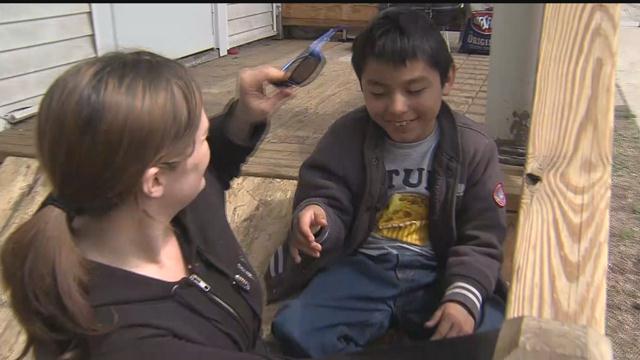 A Racine woman said her son's wheelchair was chained up here when someone damaged it trying to steal it.

"Heartless, I don't know how you can do that to a kid."

Mary Espejo's 9-year-old son Adolfo has cerebral palsy and has affectionately named his chair "quickie." But recently his mobility was shattered by a cruel act of a stranger.

Espejo said the chair was broken when someone tried to rob it outside their home. Health problems prevent her from lifting the chair, so she locks it up until her husband brings it inside after work.

"How is someone supposed to see a wheelchair and think I can make money off of this but you're hurting some little kid who can't even move,"said Mary.

She said her son is now left to sit on the couch and has to be moved by her husband. She said they now wait for his chair to be fixed and want the neighborhood to keep an eye out for a truck with an older man inside.

The family says they're trying to get the chair fixed but say it's also very expensive and they say the insurance company doesn't cover theft.