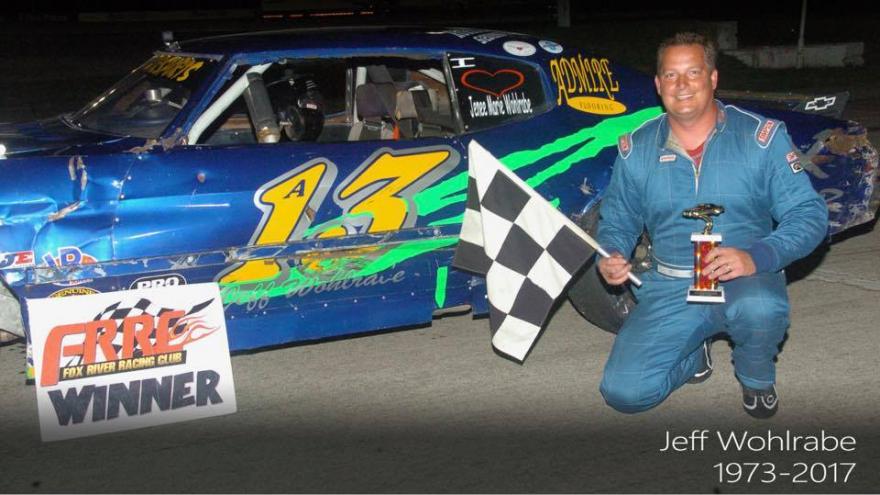 OUTAGAMIE COUNTY (WFRV) - A race car driver died after a crash at the Wisconsin International Raceway Friday night in the Town of Buchanan.

The Outagamie County Sheriff's Department says the track was holding the annual Eve of Destruction. Two cars collided during one of the races just before 8 o'clock Friday night.

An autopsy is expected for Monday.

On its Facebook page, The Fox River Racing Club said they send "our most sincere condolences to the family of Jeff Wohlrabe. Jeff was always a great competitor and friend to all of us. Jeff always had a smile on his face and a genuine passion for racing. Rest In Peace Champ. We will miss you."

The Darboy Corner Store has set up a relief effort for Wohlrabe's family. They are taking donations at their Appleton store at County Road N and Calumet.

The sheriff's department was assisted on scene by Gold Cross Ambulance, Thedastar, and Buchanan First Responders. The incident remains under investigation.