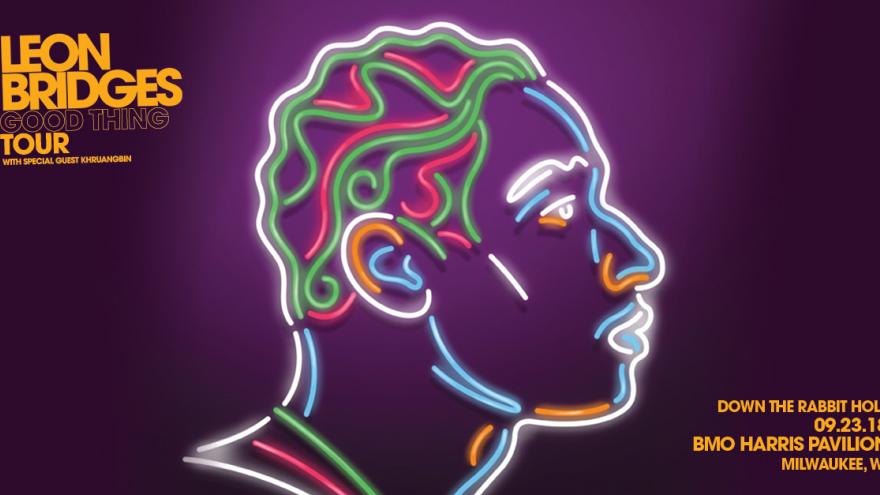 MILWAUKEE (CBS 58) -- Grammy Award-nominated R&B recording artist and songwriter Leon Bridges will make a stop in MIlwaukee at the BMO Harris Pavilion with Special Gues Khruangbin as part of his 2018 Good Thing Tour.

The tour is in support of his upcoming second album, Good Thing to be released May 4.

Leon, a trained choreographer, has long been celebrated for his live show, which couples both his and his full-scale band’s musicianship with his use of dance and motion. Since the release of his debut album, Leon has performed all over the globe, including at The White House, The Library of Congress, The Museum of Modern Art and multiple major festivals.