It was nice to see the sunshine return to southeast Wisconsin today, but it didn't last for long in areas west of the lake. More clouds will roll in this evening ahead of a clipper system that'll track through the state tonight and Monday. This system looks to bring a burst of snow across southeast Wisconsin between 4am - 8am Monday morning. 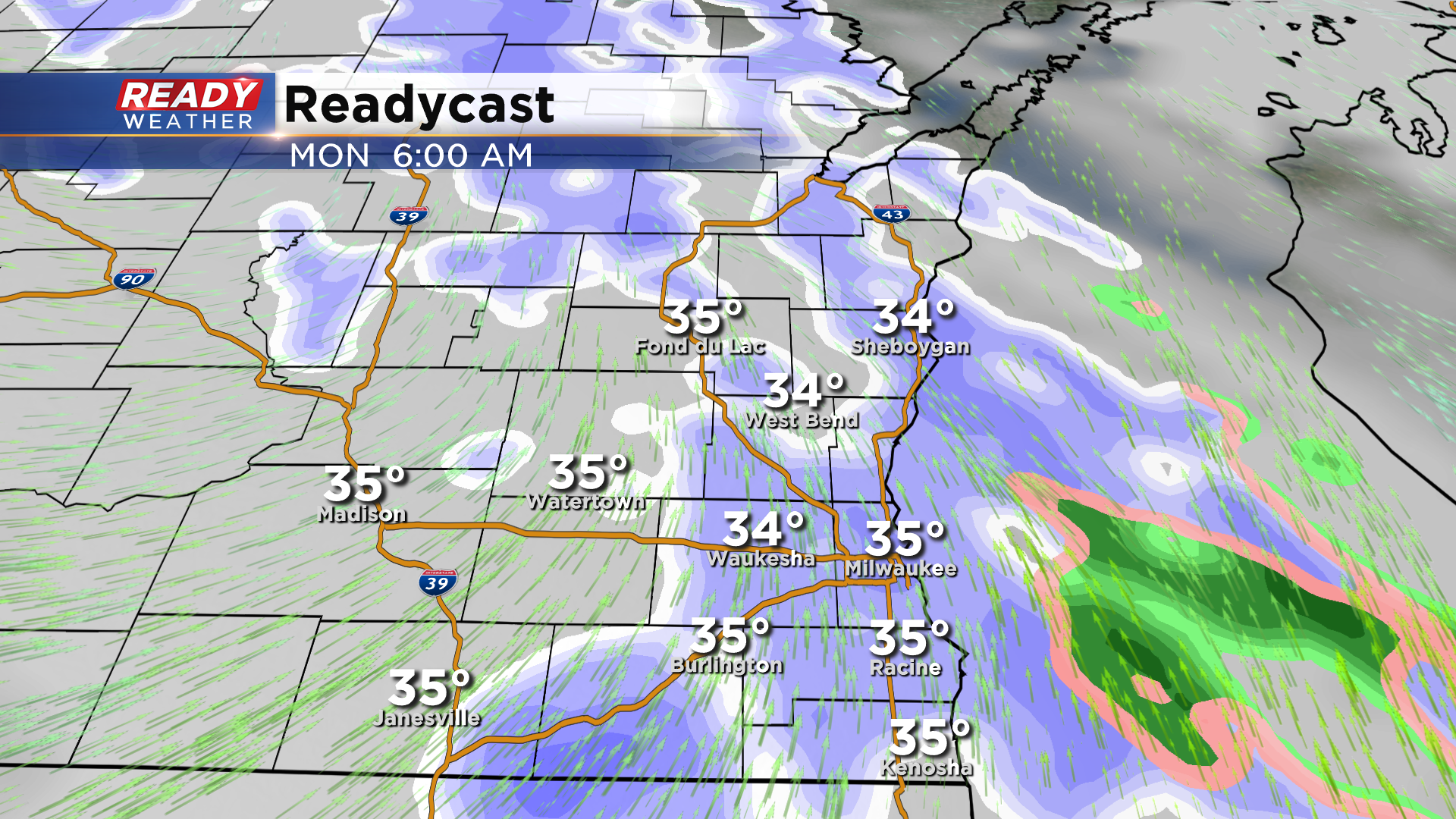 This snow could come down at a moderate rate at times, with reduced visibility and slick roads being the biggest concerns during the early morning commute. Best chance of slick roads will be NW of the Milwaukee metro where pavement temperatures are colder. Depending on temperatures, some rain could mix with the snow at times south of I-94. Under an inch of snow is expected with most areas likely picking up a dusting to half inch. 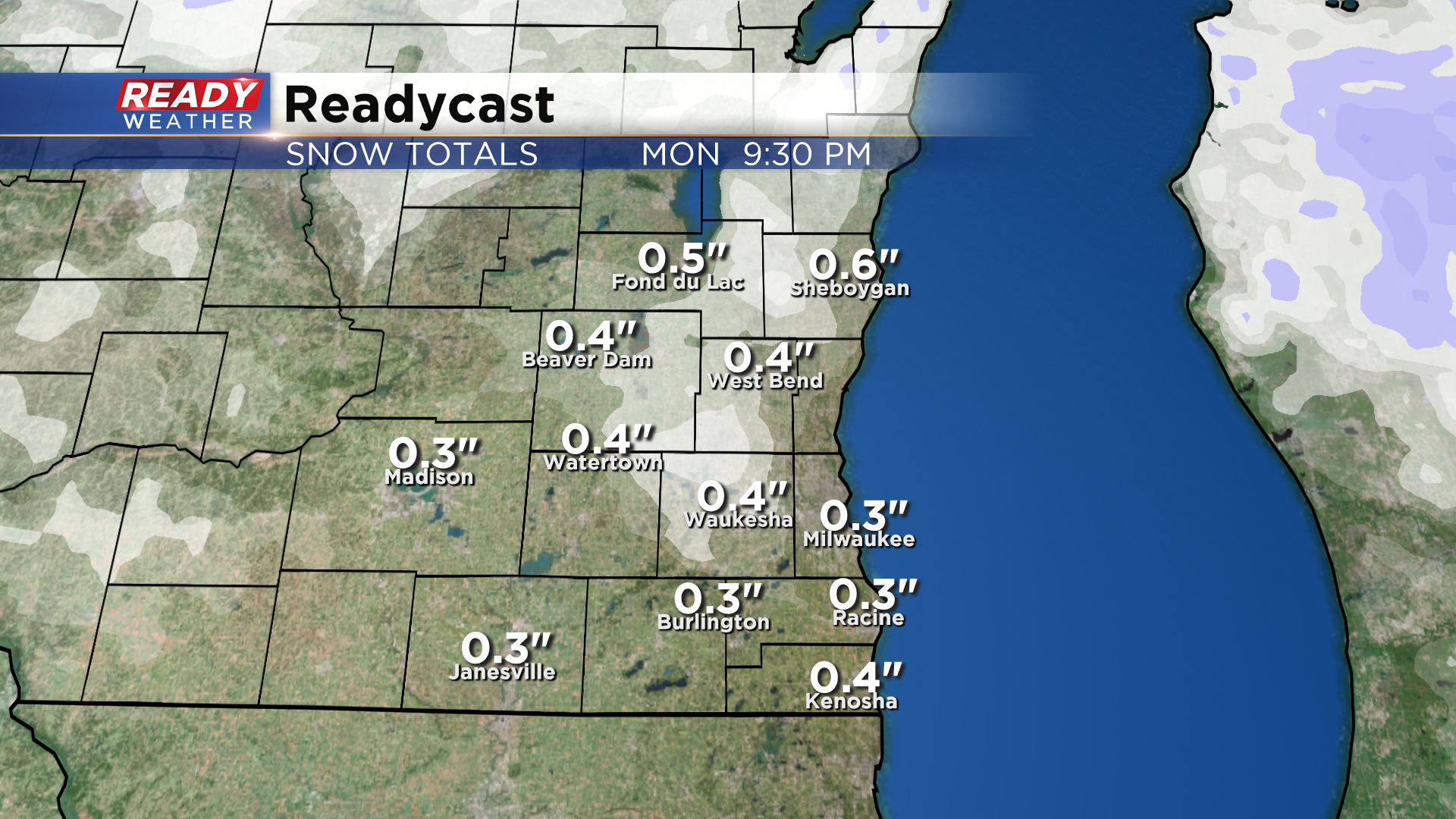 Once this snow exits the area around 8-9am, we'll have a break in the action into the early afternoon. However, spotty wrap around rain and snow showers are expected by mid afternoon, tapering off by mid evening. Temperatures will be in the upper 30s to around 40 by the afternoon so these showers shouldn't impact the afternoon/evening commute. 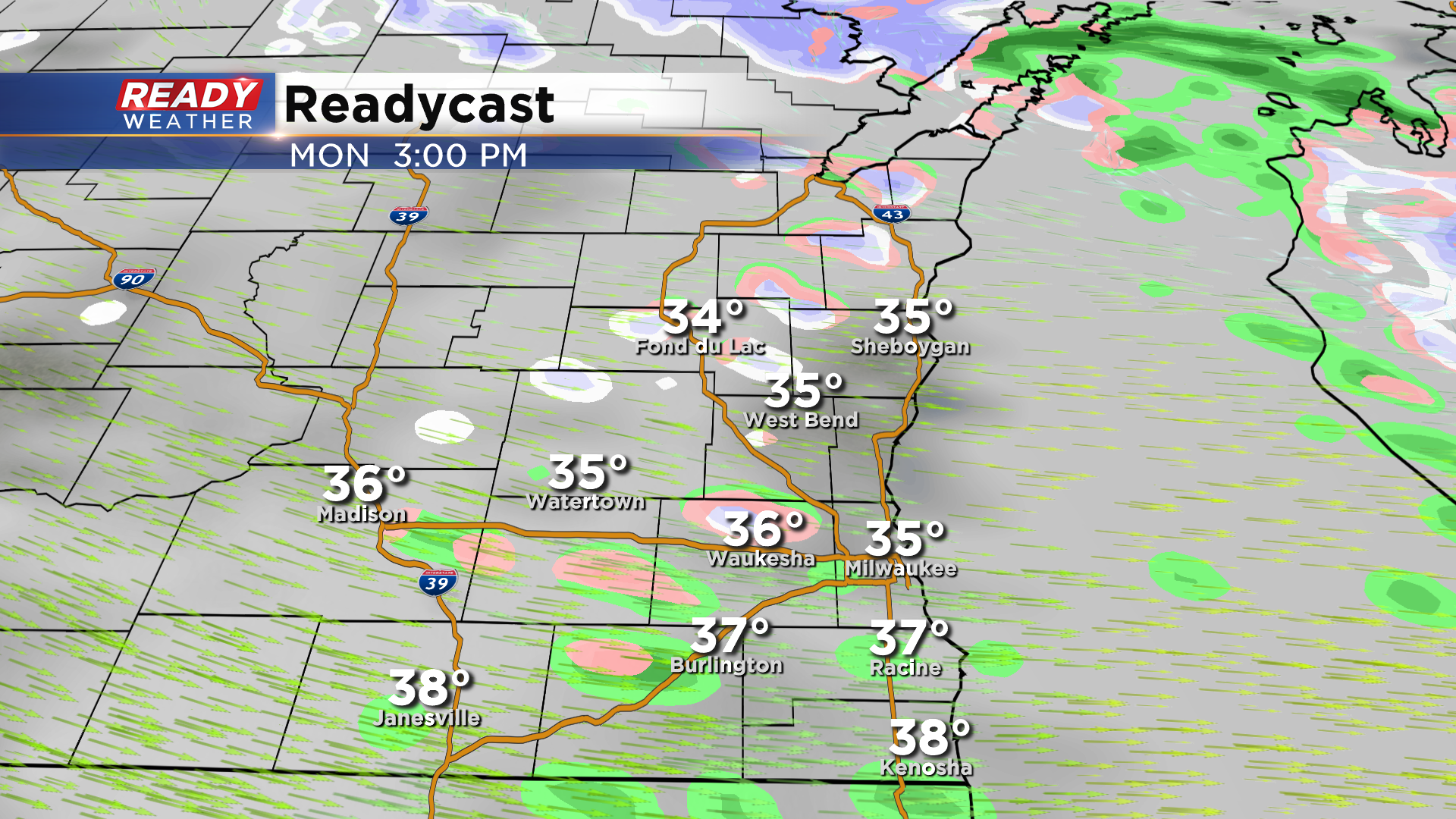 Although temps will be relatively mild in the afternoon, it'll feel pretty chilly as winds gust between 20-30 mph. 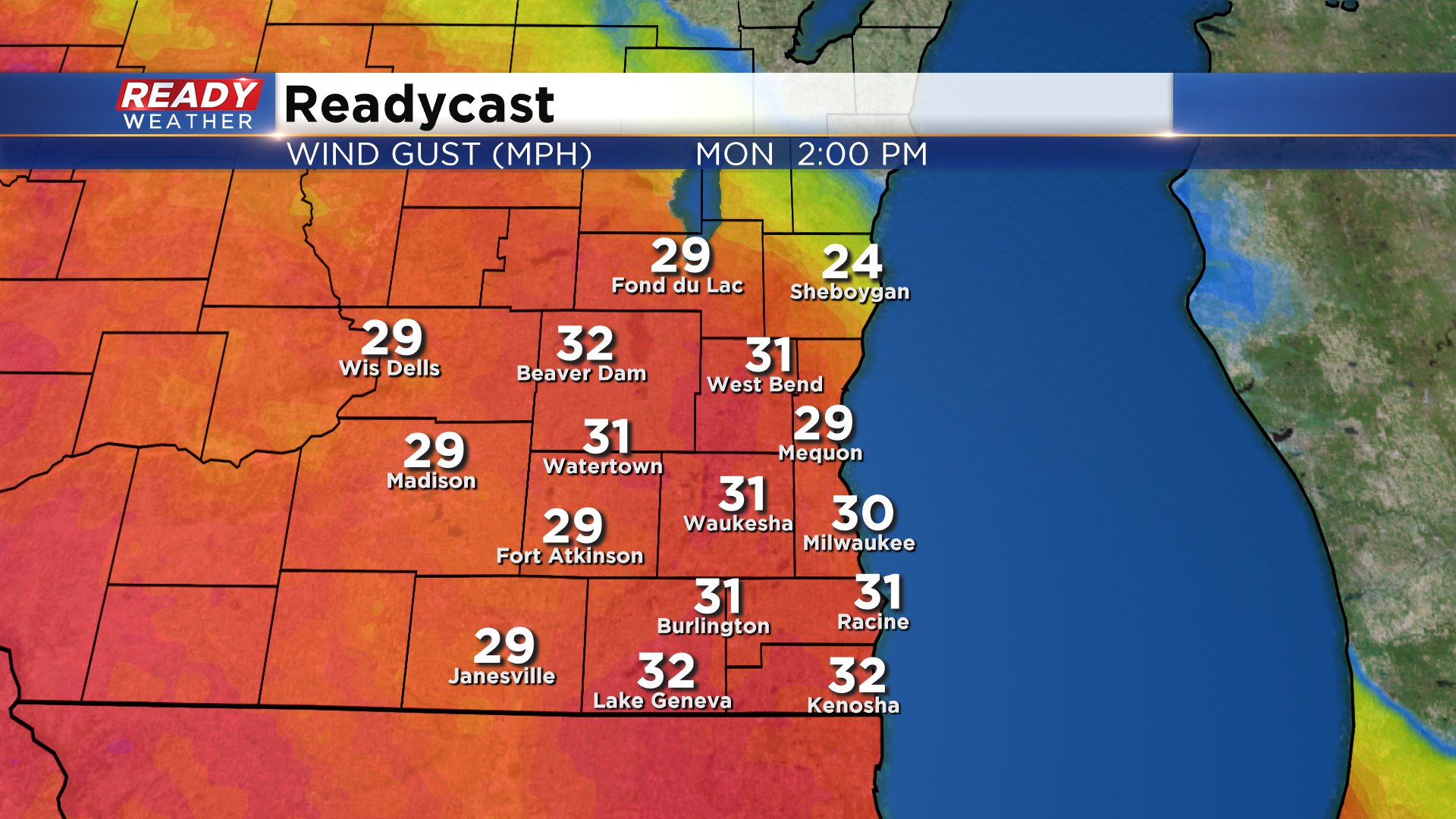 It's only fitting that we mark the Winter Solstice with some snow showers! Monday is our shortest day of the year with 9 hours and 1 second of daylight. 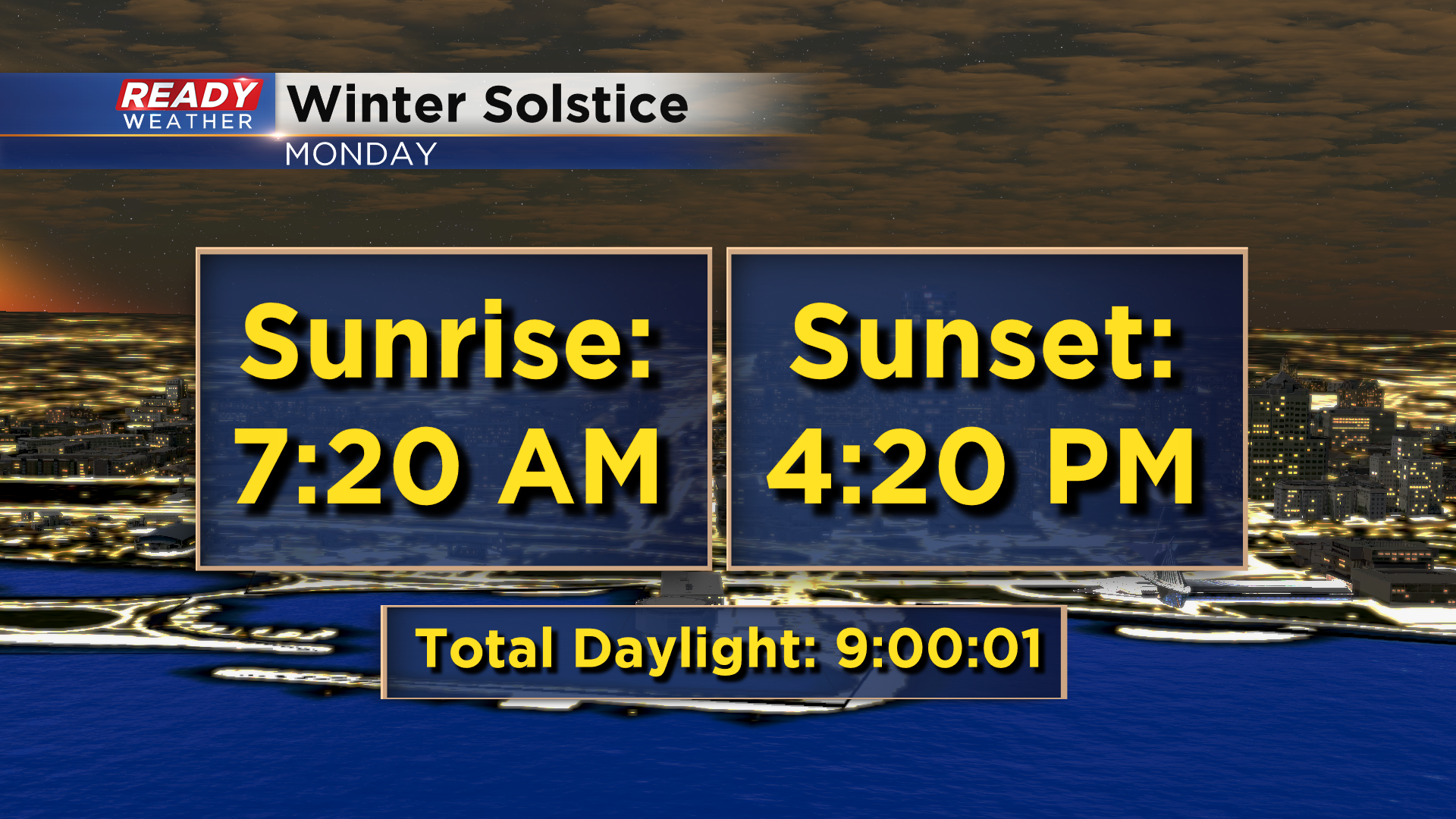 We'll dry out on Tuesday, but we're still keeping an eye on a mid week system that'll track across the Upper Midwest. There are still quite a bit of disagreement between models on the track of this system, but they're starting to agree on a period of rain showers Wednesday afternoon, changing over to snow showers Wednesday night before tapering off Thursday morning. So there is still some hope for a white Christmas. 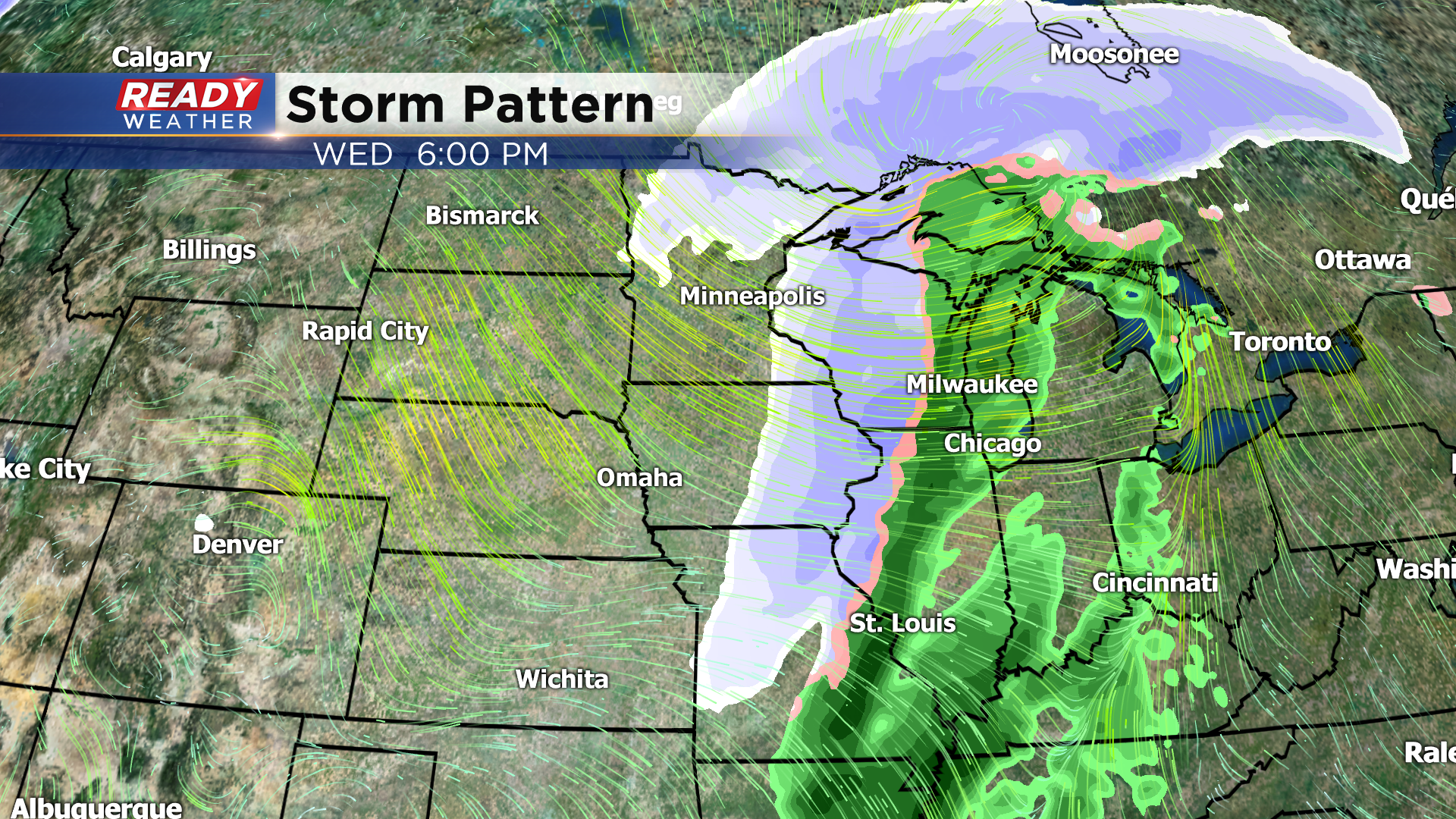