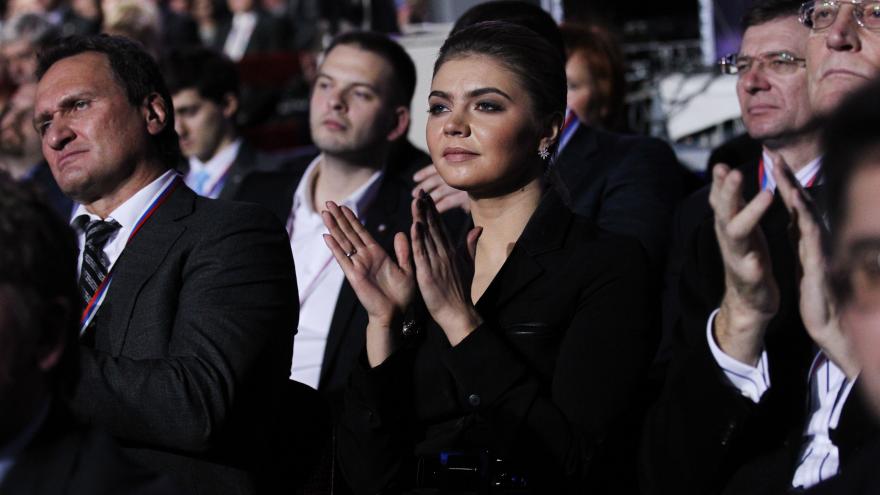 (CNN) -- Alina Kabaeva, a woman who has previously been romantically linked to Russian President Vladimir Putin, is included in the sixth proposed package of European Union sanctions against Russia over its invasion of Ukraine, according to two European diplomatic sources.

At this stage names can be taken off or added at member state discretion, an EU Commission source told CNN.

The EU has not officially signed off on the draft proposal but could do so as early as Friday morning at a meeting of EU ambassadors -- currently underway in the EU's headquarters in Brussels, Belgium.

"Discussions are going on. It's not a piece of cake, but we have to wait and see," one of the diplomatic sources told CNN on Friday morning.

Kabaeva, who was born in 1983, was first linked to Putin more than a decade ago, while she was a medal-winning gymnast. Putin has denied a relationship with her.

In April, the Wall Street Journal reported that US officials have been debating whether or not to place sanctions on Kabaeva over concerns that the move might escalate tensions even more because it could be an extreme personal blow to Putin.

The head of the Russian Orthodox Church, Patriarch Kirill, is also among the individuals who are included in the proposed sixth round of EU sanctions, according to two sources who have seen the full documents.

The EU has been ratcheting up its economic action against Russia since the start of the war in Ukraine. Most recently, the bloc has proposed a ban on Russian oil imports, something that would have a major impact on Russia's economy, though Hungary, an EU member state with close links to Putin, is likely to scupper any such plans.