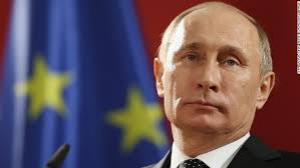 According to a report from Russian state-run news agency Interfax, United Russia won 54.21% of the vote, with 90% of all votes counted.

The result signals an improvement for United Russia, which won 49% of the vote during the 2011 election.

The party has benefited hugely from its association with Putin, who has spent the past 17 years as either Prime Minister or President.

Turnout for the State Duma vote was 47.4%, according to the state-run TASS new agency.

Elections for the State Duma, the lower house of Russia's parliament, were held on September 18.

The vote was held on a split system with 225 members of parliament elected by party tickets and the other 225 elected in one-seat constituencies.

Over 111 million people were eligible to vote in the election.