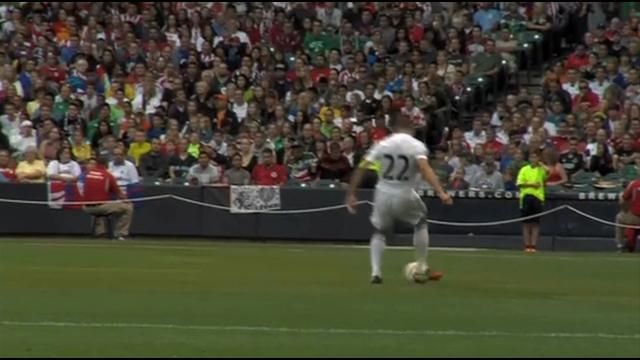 The Milwaukee Barons are spreading the word about their movement to bring an outdoor professional soccer team to Wisconsin.

Alex Watson is one of many Soccer fans showing his support for a professional outdoor soccer team in the Badger State.

\"Soccer can transition to so many sports,” said Watson.

The Milwaukee Barons is leading this grassroots movement.

That's what Wednesday night's event at the historic Pabst brewery focused on, to get the word out and prove the critics wrong.

\"I was looking today, people saying Wisconsin is not a soccer state”, said organizer James Morand with the Milwaukee Barons. “There are a lot of people would disagree with that and be really mad.\"

The international soccer game at Miller Park last summer drew a huge local crowd, and that's why another match is scheduled for this July.

Also a cool note, the U.S beat the Germans in Germany on Wednesday for the first time ever.

There are already interested investors, but the Barons won't say who those investors are.

\"We have been contacted by a few not just in Wisconsin, but also outside of Wisconsin”, said Morand.

Watson believes if a professional outdoor soccer team does come to Wisconsin, the organization will hold its own weight.

\"We can get a great thing going here in Wisconsin far as a soccer team”, said Watson. “We can hang with the Packers, the Bucks, and the Brewers. I mean we can get up there.\"

The next big event will be the “Miller Park March” on July 14th at Miller Park during the international soccer match.