Pursuit of two stolen vehicles ends in crash on south side 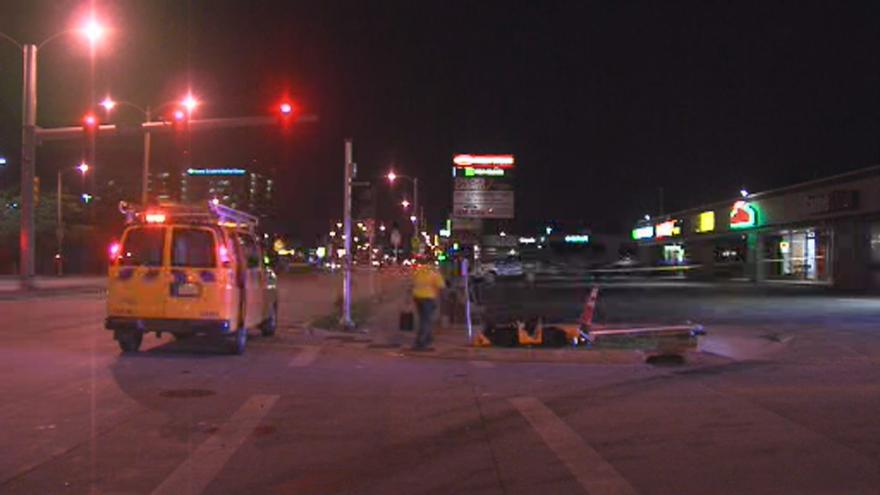 Four people are in custody this morning following a two car chase and crash on the south side  of Milwaukee Sunday night.   The vehicle pursuit started in Cudahy and ended in the area of S 27th Street and Howard and Ohio Avenues.

Around 9:30 PM Sunday, Cudahy Police officers attempted to stop a Chevrolet Silverado and a Toyota Prius.  Both of the vehicles were reported stolen.

Cudahy, Greenfield and Milwaukee Police pursued the vehicles and  stop sticks were deployed in the area of 27th and W Howard Avenue.  According to the Cudahy Police the Prius stopped at 27th and Loomis Avenue.  The Silverado crashed at 27th and W Ohio Avenue.

After a short foot pursuit, the three people in the Prius were arrested.  They are a 27-year-old man and a 17-year-old and a 16-year-old female.   A loaded handgun was also found in the vehicle.

The lone occupant in the Silverado, a 23-year-old man, was also taken into custody following a short foot pursuit.

It was determined that the 27- and 23-year-old men are brothers.

The Cudahy Police are continuing to investigate the incident and all four of the individuals are facing multiple charges.