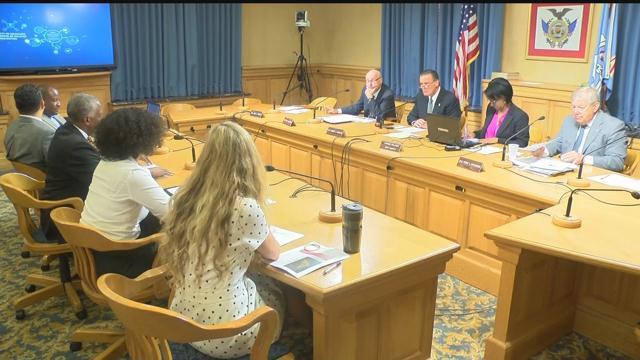 A series of question and answer sessions meant to promote a collaborative approach to fighting crime in the city of Milwaukee wrapped up today at city hall.

The common council's public safety committee has spent the past couple of months meeting with city, county and state leaders...today's gathering was the last.

On Monday, the public safety committee heard from staff from both the county and city level.

Staff members of the office of violence prevention and the committee agreed the best way to prevent crime is to intervene as early as possible.

The city has a number of programs available working to do that starting to interact with children at birth.

One of the programs is the safe zones initiative which works on talking with youth in the Garden Homes and Franklin Heights Neighborhoods about conflict and resolution.

The goal is to interact with youth in the community to prevent them from a life of crime.

It's these programs, combined with transportation and health services that they believe can help bring the crime rate down.

They say everyone in the community has a role.

"I think there is an assumption that young people are engaging in activities and those programs are failing them. Can they do better? Absolutely. But at the same time we have to do a better job making sure that they are engaged,” said Reggie Moore/ Director of the office of violence prevention.

Now that the final special meeting took place, the committee will take all the data they are given over the past two months and release an action report by mid-August.