At least 100 pro-reproductive rights protesters marched up and down Main Street, as a handful of counter-protesters stood near Planned Parenthood.

"My mom and my grandma had more rights than I currently do in this country," said 16-year-old Valerie Walker.

She organized to show the people of Waukesha what younger people are feeling.

"Teenagers and young adults and their parents, because of the fact that we are the generation this is affecting right now," said Walker.

Valerie reached out to Protect Our Rights Milwaukee founder Jen Clark for help.

Clark said it's in line with what they're doing to get the message out to more people.

"This is a red/purple area. So I think that people out here need to know that they're not alone. You know, we have a pretty good turnout for a Wednesday afternoon," said Clark.

Protesters walked by the handful of counter-protesters outside of the Planned Parenthood.

Dan Miller, Pro-Life Wisconsin state director, said what brought them out was personal concern over the possibility of de-facing a nearby crisis pregnancy center which was seemingly left untouched during the demonstration.

He said they're looking to the courts to uphold Wisconsin's 1849 abortion ban.

"[We will] wait and see what the Legislature does with this suit or this complaint that [Wisconsin Attorney General Josh Kaul] has given to them," said Miller. "Pro-choicers ignored that law thinking that it would never be a problem for them. Now it's their biggest problem, and it's the law right now." 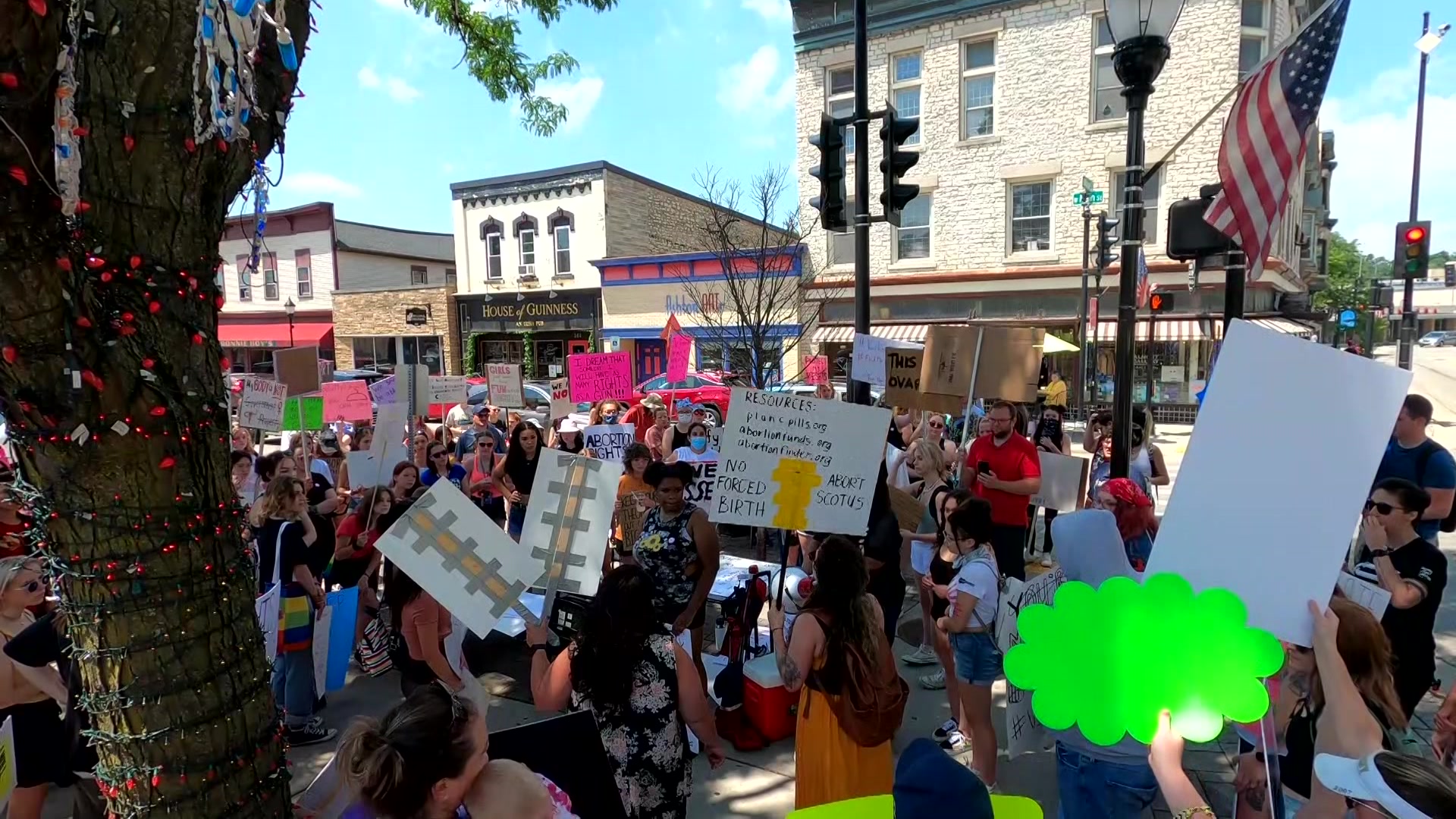