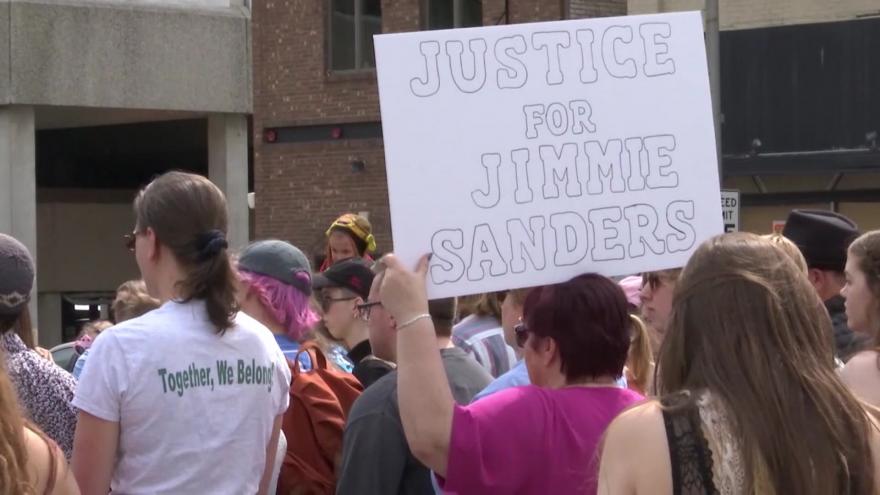 A protest in Appleton was held over the weekend, calling for an investigation into the deadly police shooting of a Milwaukee man.

Dozens gathered in honor of Jimmie Sanders this weekend.

Officers responded to gunfire at Jacks Apple Pub. Police say it was another man, 33-year-old Henry Nellum, who fired his gun inside the bar during a fight. But when officers got there, they say they saw Sanders with a gun outside.

That's when he was shot and killed. People who support Sanders say they want answers.

"What happened to the victim in this case? Did he deserve to get shot? Should the police department have said, 'put the weapon down' if that was the case? There's a lot of missing facts," said Melissa Ludin, Expo Fox Cities Organizer.

Appleton's Police Chief says the lieutenant followed the training and did everything right. Henry Nellum has now been charged for his involvement in the fight that led to the shooting.